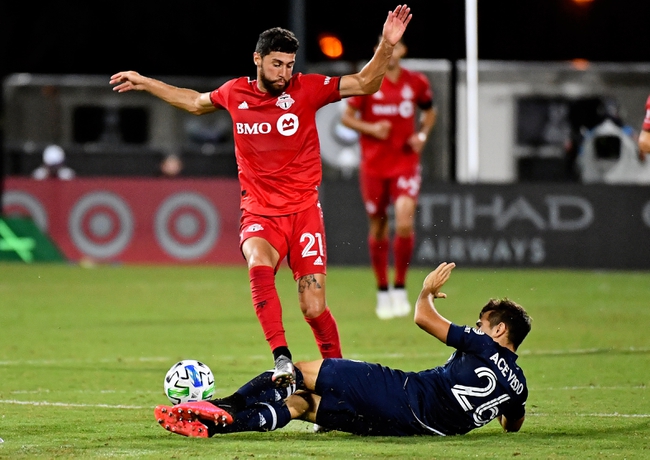 Toronto FC and the Vancouver Whitecaps face off in an all-Canadian matchup at BMO Field in Toronto.  These two teams last faced off in during the middle of 2019 and the two teams played to a 1-1 draw.

Toronto FC looked good inside the MLS bubble, but they were knocked out in the round of 16 by NYC FC. In that game Toronto FC had 56 percent of the possession, but they fell behind in the 5th minute and they never really had a chance losing 3-1. During the group stage, NYC FC two draws and one win, enough to advance to the next round.

The one win during the group stage was against the Montreal Impact, a game they gave up three goals in, but the offense was elite scoring four runs and that led to the victory. This is a good offensive team, but the defense has been an issue for the last couple of years with the team and that is the case again this year. If they want to have success in this game, they need the defense to be better. They can’t keep playing around with fire giving up two or three goals.

On the other side of this matchup is the Vancouver Whitecaps who also found a lot of success during the group stage but they couldn’t get the job done in the Round of 16. In the last game of the group stage the Whitecaps defense locked down against the Chicago Fire even though they let the Fire have 62 percent of the possession. Yordy Reyna opened the scoring in the 65th minute and there was no looking back. The Overall there are some questions about the offense with this team so in this game they are going to really need to focus on their defense.

With the way Toronto can score, getting into a high scoring affair probably isn’t the best option for this team if they are trying to come away with the victory.

Toronto FC is the better offense and they are going to have no issue getting the job done in this game. Look for Toronto to get the first couple of goals and they won’t look back. The Whitecaps might get one late, but Toronto will win this game -1.5.