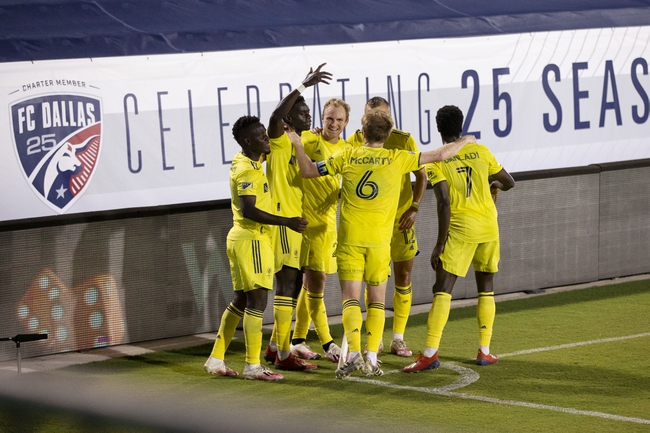 FC Dallas and Nashville SC face off in a regular-season match at Toyota Stadium. Both of these teams had to leave the bubble because of COVID related issues so these teams are making up the games before the rest of the teams start up their regular season again. These two teams did face off on Wednesday with Nashville SC coming away with the victory.

Nashville didn’t look great to start their season, but they do have to have some confidence after they were able to beat FC Dallas earlier this week. In that game, Nashville actually had only 35 percent of the possession but they did manage four shots on goal and in the 86th minute, David Accam put the put one in. In the first game of the season Nashville faced off with Atlanta United, a team that has struggled this season, but Nashville lost 2-1. Walker Zimmerman tied up the game with a goal in the 28th minute, but they gave up a goal ten minutes later and that led to the loss. In the second game against the Portland Timbers the defense gave up a goal in the 12th minute, but after that the defense actually locked down but the offense couldn’t get anything going.

On the other side of this matchup is FC Dallas who didn't look terrible in the last game against Nashville, keeping 65 percent of the possession and the defense was good for the most part, but the late goal let them dow.To start the season FC Dallas looked really good against the Philadelphia Union winning 2-0. In that game, FC Dallas had five shots on target, with two of them going into the back of the net.  In the second game of the season, FC Dallas offense was strong putting up two goals again, but in the last game against the Montreal Impact, the defense struggled giving up two goals and that led to a draw.

It was a low scoring game in the first one and that is going to be the case again in this one. Look for both teams to struggle to score and this game will stay under the total.