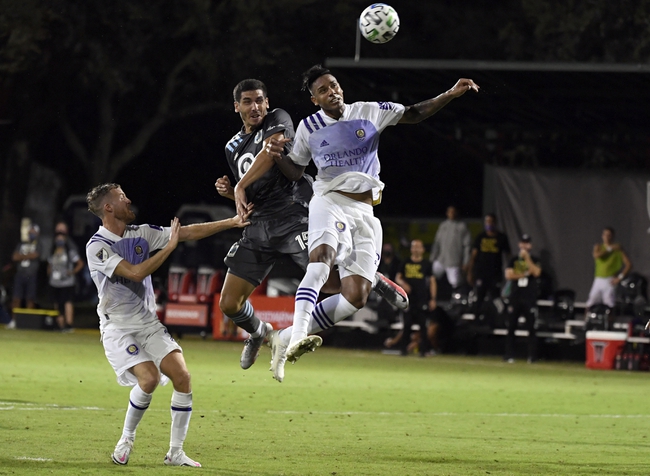 The Portland Timbers and Orlando City SC face off in the Championship game of the MLS is back tournament on Tuesday inside the bubble in Orlando.

The Portland Timbers are no doubt a talented team, and anything less than winning this game would be a big disappointment. It took a lot of work for the Portland Timbers to get to this point, and it looked like in the round of 16 they were going to be eliminated. The Timbers actually really struggled in that game against FC Cincinnati, but they did win 4-2 in penalty kicks. In the quarterfinals, Portland’s offense was really strong, putting up three goals and that led to a 3-1 victory over NYC FC. In the last game against the Philadelphia Union, the Portland Timbers had the first two goals scoring in the 13th and 70th minute. Jeremy Ebobisse opened up the scoring, and after that first goal they were able to focus on defense, and that led to a victory.

In that last game against Philadelphia, Portland only had 38 percent of the possession, but they were still able to come away with the victory.

On the other side of this matchup is Orlando City SC who many are shocked to see at this point of the tournament. Except in thor last game against Minnesota United, Orlando City SC wasn’t actually been that impressive in terms of their winning method. In the first game of the knockout stage, Orlando City beat Montreal Impact 1-0 and in the second game, against LAFC the defense really stepped up giving up only one goal, and in penalty kicks, they came away with a victory. In the last game against Minnesota United, Nani scored two goals in the first half and there was no looking back as they came away with a 3-1 victory.

Doesn’t this almost feel like a dream for Orlando City? Orlando City’s last two wins over Minnesota United and knocking off LAFC in the game before are going to help them in this game. Look for Orlando City to get the job done with their offense and that will be enough to win this game on the money line.