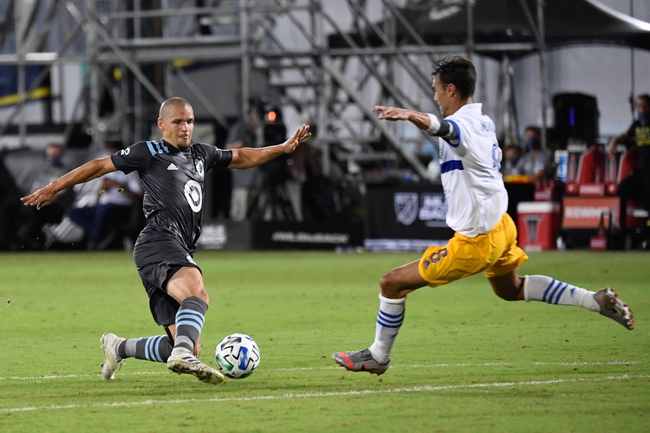 Orlando City SC and Minnesota United FC face off in the semi-finals of the MLS is back tournament on Thursday. If this game is tied after 90 minutes and stoppage time, this game will go to a penalty kick shootout.

Orlando City SC have found a lot of success this season inside the bubble. To start the tournament, Orlando City faced off with Inter Miami and came away with a 2-1 win. IN the next game it was much of the same against NYCFC as they came away with a 3-1 victory. In the third game Orlando City already knew they were through, and that led to a 1-1 draw. In the first game of the knockout stage it wasn’t the prettiest game, but they did come away with a 1-0 victory. In the last game, Orlando City has their most impressive win of the season against LAFC. They found success keeping possession against LAFC and they only gave up one goal. It took a shootout to win but they did come away with a victory and advance to the next round.

On the other side of this matchup is MInnesota United FC who hasn’t lost a game yet so far this season. So far in this tournament the group stage actually wasn’t all that impressive. But they did enough to make it to the knockout stage.Each of the two games of the knockout stage they have been underdogs. In the first game against Columbus it took penalties but they did win that.

In the last game Minnesota United had their best game of the season putting up four runs and that led to the victory. In this game it’s going to be about that offense getting out to a fast start and really put pressure on Orlando City. If you can get the first goal in the game that should put them in good shape to come away with a victory.

Minnesota United’s offense is better and they are going to get the job done in this game. Look for them to get the first goal and that will lead to them winning this game on the money line.