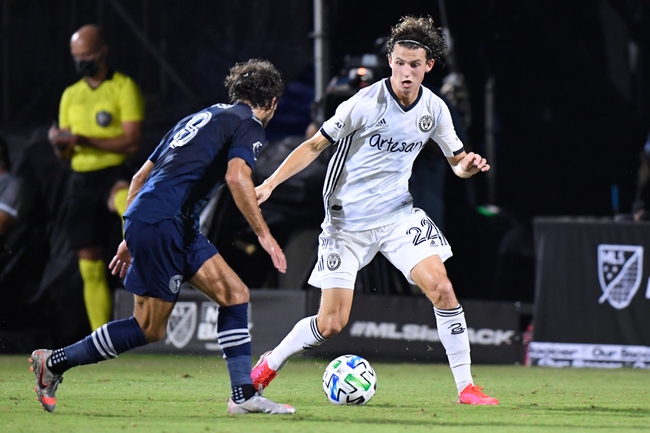 The Philadelphia Union and Portland Timbers face off in the semifinals of the MLS is back tournament inside the Orlando bubble. If this game is still tied after 90 minutes plus the stoppage time, the game will go to penalty kicks.

In the last game with a spot already locked up, the Philadelphia Union played to a 1-1 draw against Orlando City. In the first game in the knockout stage the New England Revolution couldn’t score a goal and that led to a 1-0 victory by Philadelphia. In the last game the offense for the Union had it’s best game of the season putting up three runs and that led to the easy victory. In this game if the offense is good, they should be in good shape to come away with a win.

On the other side of this matchup is the Portland Timbers who haven’t lost a game since coming inside the MLS bubble. To start the tournament the Timbers scored two runs against the LA Galaxy, which was enough to come away with the victory. In the second against the Houston Dynamo, it was much of the same against the Houston Dynamo winning 2-1. In the third game when a spot was already locked up, they played to a 2-2 draw.

In the first knockout stage game against FC Cincinnati and it took success during the penalty shootout to come away with a win. In the last game the Sounders offense looked really good against NYCFC putting up three goals and that led to a victory by a couple of goals.

These are two squads who found a lot of success scoring in the last game and that will continue in this game Look for this game to go well over the posted total.