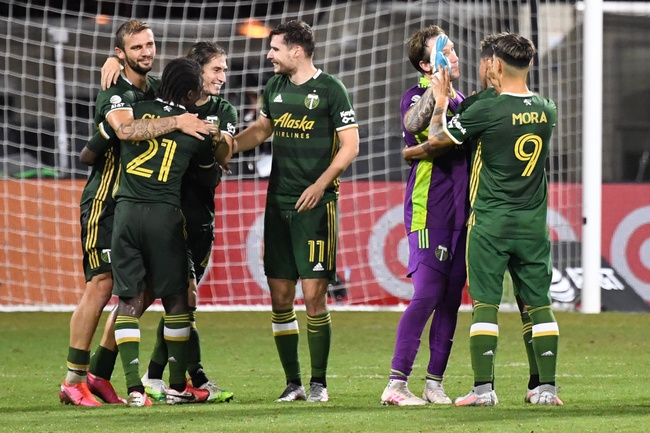 NYCFC and the Portland Timbers face off in the second round of the knockout stage inside the MLS bubble in Orlando on Saturday. If this game is tied after 90 minutes it will go straight to penalty kicks to see who advances to the next round.

NYCFC really were lucky to get through the group stage, but they hope they can now make  a run all the way to the championship. To start the tournament, NYCFC struggled against the Philadelphia Union and that led to a 1-0 loss. In the second game NYCFC did get some offense going putting one goal in the back of the net, but the defense let them down in a big way giving up three goals and that led to the loss. In the third game needing a win NYCFC got the job done against Inter Miami, but it wasn’t all that pretty. In that game NYCFC only had two shots but one went in the net.

In the first round of the knockout stage there weren't many expectations for the squad against Toronto FC, but their offense got going. Jesus Medina scored the first goal in the fifth minute and they never looked back. Toronto FC did give up one goal late in that game but they were already up 3-0. In this game, NYCFC’s offense needs to be strong again.

On the other side of this matchup is the Portland Timbers who have to be breathing a sigh of relief to have made it into this round of the tournament. Portland won their first two games of the MLS tournament over the LA Galaxy and the Houston Dynamo. In the third game the Portland Timbers looked good against a good LAFC squad but they only played to a 2-2 draw. In the last game of the Round of 16 against FC Cincinnati they actually struggled and it took penalty kicks to the next round.

Get Premium Picks Start Winning Now »
The pick in this article is the opinion of the writer, not a PickDawgz site consensus.
Previous Pick
Orlando City SC vs. LAFC - 7/31/20 MLS Soccer Picks and Prediction
Next Pick
Brescia vs. Sampdoria 8/1/20 Serie A Soccer Prediction and Picks