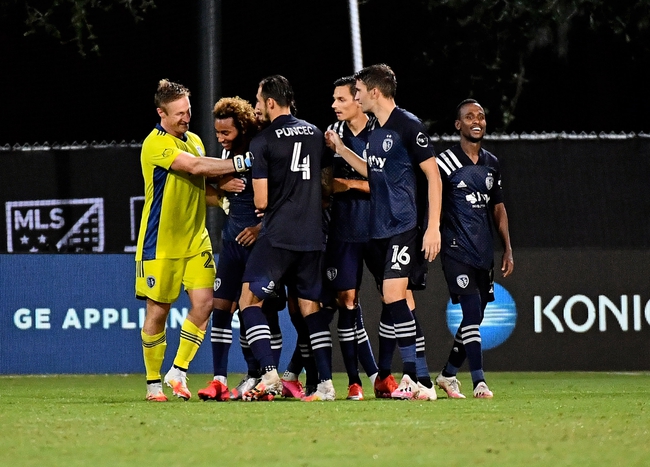 The Philadelphia Union and Sporting KC face off in the quarterfinals of the MLS is back tournament on Thursday. Both of these squads only need three more wins to win this tournament, but if they lose this game they will be eliminated.

In the first game of the knockout series the Philadelphia Union’s defense was impressive against New England. In that game, New England got some shots on goal, but the Union really looked impressive not allowing any into the back of the net. In that game the Union had 10 shots with five shots going on goal. In this game if the Union want to win look for them to play defensive again and make life tough on Sporting KC.

In their first game during the knockout stage, Sporting KC was impressive but they couldn’t put any goals in the back of the net. Sporting KC had 29 shots against the Vancouver Whitecaps with seven shots on target. None of those goals went into the back of the net though, so they had to get the job done during penalty kicks.

If you enjoy low scoring games make sure to tune into this one because that’s what will happen in this game. In this game, the under is a strong play and if you are looking for another small play a final score of 0-0 has a lot of value.

Get Premium Picks Start Winning Now »
The pick in this article is the opinion of the writer, not a PickDawgz site consensus.
Previous Pick
Cagliari vs. Juventus 7/29/20 Serie A Soccer Prediction and Picks
Next Pick
Orlando City SC vs. LAFC - 7/31/20 MLS Soccer Picks and Prediction