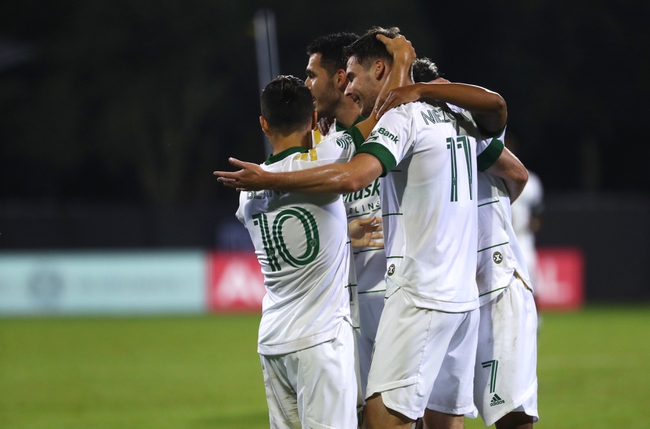 The Portland Timbers and FC Cincinnati face off on Tuesday in the first round of the knockout stage of the MLS is back tournament. The loser of this game will be eliminated from the tournament. If the game is tied after the 90 minutes the game will go to penalty kicks.

On the other side of this matchup is FC Cincinnati who is one of the most shocking teams to make it through the group stage. In the first game of this tournament, FC Cincinnati lost to the Columbus Crew and it looked like it was going to be all struggles for this tournament. In the second game, FC Cincinnati were playing a short-handed team in Atlanta United who had a player sent off in the 26th minute. In that game, Cincinnati did score a goal in the 70th minute and that led to the victory.

In the third game, FC Cincinnati looked good against the New York Red Bulls. Cincinnati had a goal in the 43rd minute, and they never looked back. In this game, if Cincinnati wants to win the defense is going to need to step up in a big way.

FC Cincinnati has been a nice story, but their run is going to end short in this game. The Timbers overall are the better team and after they get that first goal they are going to lockdown. Back the Portland Timbers on the money line.

Get Premium Picks Start Winning Now »
The pick in this article is the opinion of the writer, not a PickDawgz site consensus.
Previous Pick
Seattle Sounders vs. LAFC - 7/27/20 MLS Soccer Picks and Prediction
Next Pick
Parma vs. Atalanta 7/28/20 Serie A Soccer Prediction and Picks