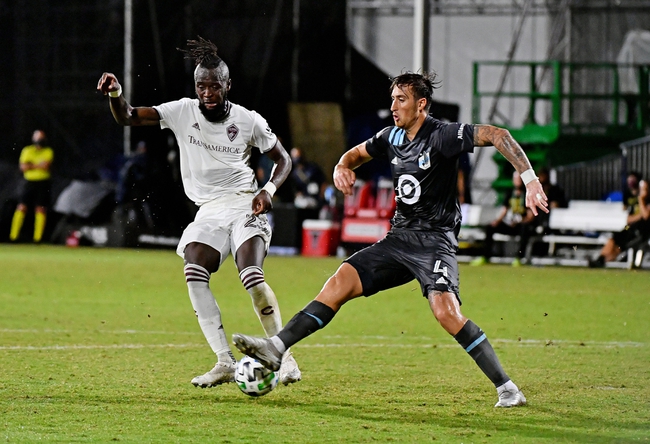 Columbus Crew SC and Minnesota United FC face off on Tuesday in the first round of the knockout stage of the MLS is back tournament. The loser of this game will be eliminated from the tournament. If the game is tied after the 90 minutes the game will go to penalty kicks.

On the other side of this matchup is the Columbus Crew who have been quite impressive so far during this tournament, but there have been some questions about the competition that they have faced so far. To start the season the Columbus Crew came away with a 4-0 win over Cincinnati Bearcats. In the second game the Columbus Crew came away with a 2-0 victory over the New York Red Bulls. In the third game the Crew’s defense was again lights out against Atlanta United winning 1-0. In that last game. In that game the Crew actually didn’t have as much possession as Atlanta, but they only allowed two shots on goal.

There is no doubt that the Crew is the better team,, but I do have doubts that they will come away with a win in this game. In this game it’s going to be a very defensive battle and that will keep this game under the total.

Get Premium Picks Start Winning Now »
The pick in this article is the opinion of the writer, not a PickDawgz site consensus.
Previous Pick
Seattle Sounders vs. LAFC - 7/27/20 MLS Soccer Picks and Prediction
Next Pick
Parma vs. Atalanta 7/28/20 Serie A Soccer Prediction and Picks