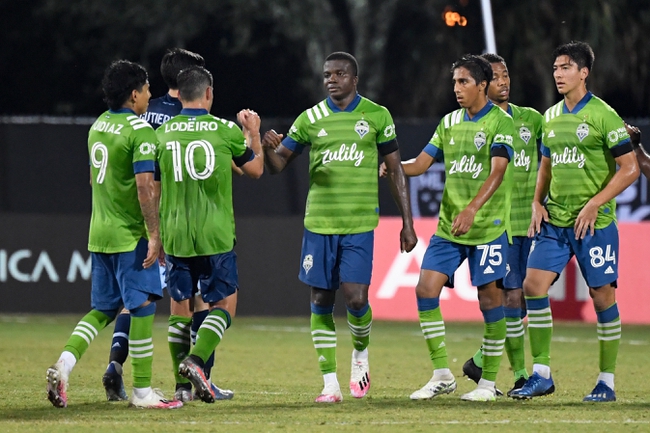 The Seattle Sounders and LAFC face off on Monday in the first knockout round of the MLS is back tournament. Whoever is the loser in this game will go home and be eliminated from the tournament.

On the other side of this matchup is LAFC who is a very good offensive team, but their defense is a real problem. In the first game of the tournament their offense was good, but their defense really let them down and that led to a 3-3 tie. In the second game the offense was elite again putting up six goals and even though the defense gave up two goals in that game, it wasn’t all that much of a concern. In the third game of the tournament, LAFC’s offense was good again scoring two goals, but the offense wasn’t great giving up two goals and that led to a draw. In this game they need the defense to be good if they want to come away with a win.

LAFC’s defense has been an issue and that type of performance is going to let them down again in this game. They might still find a way to come away with a win but that isn’t what the value is with. Back the over to cash with ease in this game.