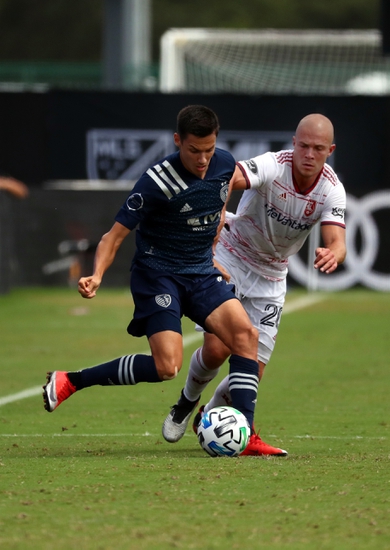 The San Jose Earthquakes and Real Salt Lake face off on Monday in the first knockout round of the MLS is back tournament. Whoever is the loser in this game will go home and be eliminated from the tournament.

The San Jose Earthquakes managed to get seven points during the group stage and they hope they can find a lot of success as the tournament goes on. In the first game of this tournament the Earthquakes played to a 0-0 draw with the Seattle Sounders. In the second game against Vancouver the defense wasn’t great giving up three runs, but their offense was also good scoring four runs and that led to the victory.In the third game the Earthquakes played their most complete game scoring two goals and not giving up any against the Chicago Fire. In this game the San Jose Earthquakes need to get out to a fast start and try to get the first goal. If they can do that they should be able to play a defensive style and come away with a victory.

These are both teams who want to play a defensive style first and that is going to continue in this game. Look for this game to maybe even go to extra time and a 0-0 draw might end up happening. The play in this game is with the under to cash.