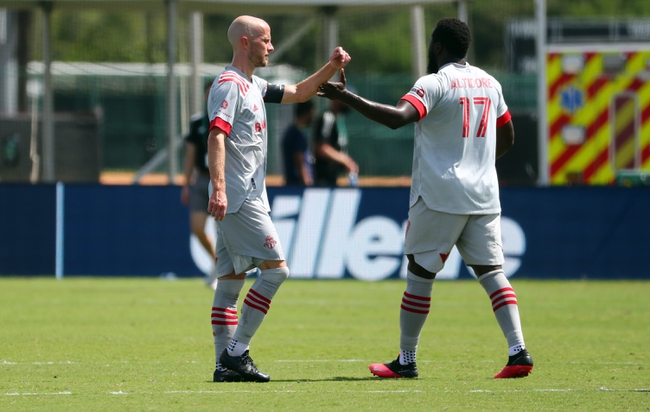 Toronto FC and NYCFC will face off in the first stage of the knockout round on Sunday in Orlando. The loser of this game will have their tournament ended.

Toronto FC has had an interesting tournament to say the least but they have done enough to make it to this round of the tournament. To start the tournament, Toronto FC got off to a fast start scoring the first two goals of the game, but late in the game against DC United the defense let them down giving up two goals and that led to a draw. In the second game of the tournament the defense was a problem again giving up three goals, but the offense was a real difference maker scoring four goals and that led to the victory.

In the third game Toronto’s defense was a lot better against New England giving up zero goals but their offense also really struggled not putting a goal in the back of the net. In that game, Toronto did have 15 shots and five shots on goal.

On the other side of this matchup is NYC FC who only picked up three points during the group stage, but that was enough to advance to this round. In the first game of this tournament, NYCFC’s offense really struggled losing 1-0 to Philadelphia. In the second game of the tournament, NYCFC’s defense really struggled against Orlando City giving up three goals and that led to the loss. In the last game with their backs up against the wall against Inter Miami. The offense still wasn’t elite during that game but they dish ave a goal and that was enough to come away with the victory.

In terms of talent, Toronto FC is the more talented squad and they are going to show that in this game. Look for Toronto FC’s offense to get out to a fast start and that will be the difference in this game. Back Toronto FC to win this game on the money line at a very nice price. It’s also a lean to the over if you are looking for a play on the total.