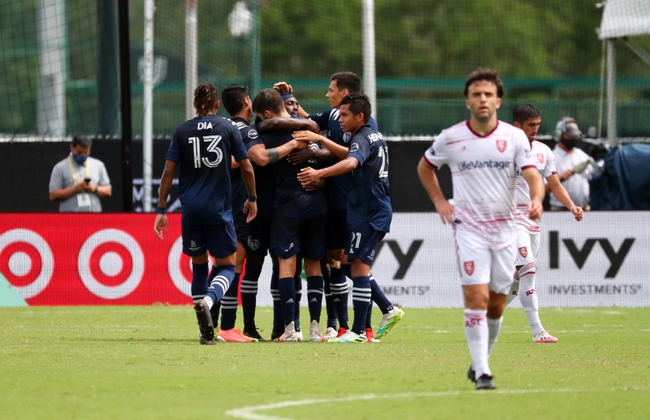 Sporting KC and the Vancouver Whitecaps will face off in the first stage of the knockout round on Sunday in Orlando. The loser of this game will have their tournament ended.

Sporting KC has high expectations that they can make a run and maybe they can even come away with a win in this tournament. To start the tournament Sporting KC had a late collapse against Minnesota United and that led to them not picking up any points in this game. In the second game against the Colorado Rapids, Sporting KC’s defense was a problem giving up two goals again, but the offense had success putting up three goals and that led to the victory. In the last game of the knockout stage, Sporting KC had their best game of the tournament. Against Real Salt Lake, Sporting KC dominated the matchup putting up a goal in the first minute, and the 86th minute and that led to the victory. To win this game the defense is going to need to be strong early.Falling behind early is going to be the last thing they can let happn.

On the other side of this matchup is the Vancouver Whitecaps who somehow made it to the next round, something that didn’t look very possible heading into the last game of the knockout stage. To start the tournament, the Whitecaps defense really let them down, giving up four goals to San Jose and that led to the loss. In the second game the defense was a problem again against the Seattle Sounders giving up three goals and that led to the loss. In the third game against the CHicago Fire the defense finally stepped up not giving up any goals and the offense was good scoring two goals. In this game if they want to win they are going to need to find the defense to lock down. If they are giving up three goals again

The Whitecaps defense is a big issue and that is a big problem in this game. There isn’t much value with Sporting KC, but there is a whole lot of value with the over cashing with ease.

Get Premium Picks Start Winning Now »
The pick in this article is the opinion of the writer, not a PickDawgz site consensus.
Previous Pick
Juventus vs. Sampdoria 7/26/20 Serie A Soccer Prediction and Picks
Next Pick
San Jose Earthquakes vs. Real Salt Lake - 7/27/20 MLS Soccer Picks and Prediction