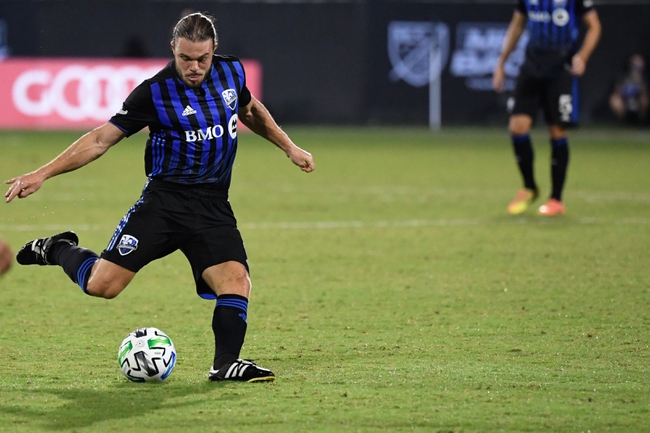 Orlando City SC and the Montreal Impact will face off in the first stage of the knockout round on Saturday in Orlando. Even though this game is played in Orlando, there is no home field advantage for Orlando City in this game.

Orlando City SC have to feel really good about themselves coming into this game. To start this tournament Orlando City SC came away with a 2-1 victory over Inter Miami. In the second game of the group stage against NYCFC, the offense was also really good putting up three goals and that led to the victory. In that game against NYCFC Chris Mueller scored a goal in the 4th and 10th minute, and they never looked back. After two wins Orlando City knew they were through so it seemed like they took their foot off the gas a little bit. Against Philadelphia Union they gave up the first goal in the 68th minute, but in the 70th minute they responded with a goal and that led to a 1-1 draw. The offense is good for Orlando City but the defense being suspect at times has to be concerning.

In the second game, the Montreal Impact’s defense really let them down. Against Toronto FC the Montreal Impact gave up four goals, and even though they scored three goals, that wasn’t enough to come away with a win. In the last game against DC United, the defense was strong not giving up a goal and that led to a 1-0 draw.

Get Premium Picks Start Winning Now »
The pick in this article is the opinion of the writer, not a PickDawgz site consensus.
Previous Pick
Napoli vs. Sassuolo 7/25/20 Serie A Soccer Prediction and Picks
Next Pick
Watford at Arsenal - 7/26/20 Premier League Soccer Picks and Prediction