Udinese vs. Juventus 7/23/20 Serie A Soccer Prediction and Picks 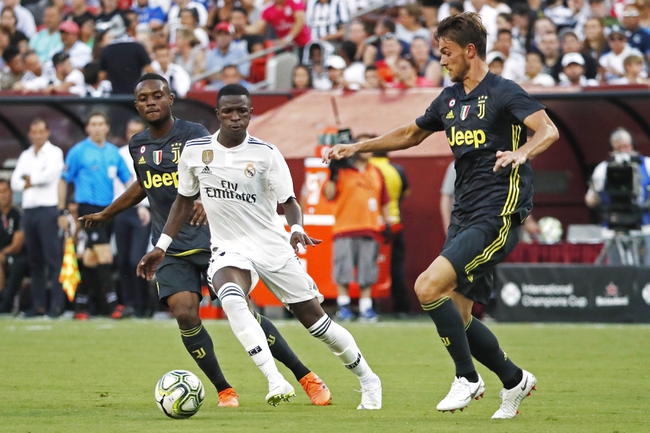 Where to Watch: ESPN+, DAZN Stream live sports and exclusive originals on ESPN+. Sign up now!

Udinese plays host to Juventus in Serie A soccer action from the Dacia Arena on Thursday afternoon.

Udinese comes into this one in 16th place on 36 points with a record of 9 wins, 9 draws and 16 losses following a 2-1 loss to Napoli last time out. In the loss to Napoli, Rodrigo De Paul gave Udinese the lead in the 22nd minute but Napoli would tie the game at one just nine minutes later. The tie would hold up through the half and for a majority of the second half, looking like we were headed for a score draw. However Napoli had other ideas, stealing the win and the points with a go-ahead goal in the fourth minute of second half stoppage time. Kevin Lasagna leads Udinese in scoring with 10 goals on the year while De Paul has 7 goals with 5 assists and Stefano Okaka has 6 goals. Seko Fofana has a team-high 7 assists as well this season. Juan Agustin is Udinese’s top goalkeeper, conceding 1.26 goals per 90 minutes with 12 clean sheets in 34 league appearances this season.

Juventus on the other hand, enter this match leading the Serie A table on 80 points with a record of 25-5-4 after a 2-1 win over Lazio last time out. In the win over Lazio, there was no scoring in the first 45, only one booking that went Lazio’s way, but in the second half Cristiano Ronaldo would strike, giving Juve the lead from the penalty spot in the 51st minute before completing his brace and doubling that lead just three minutes later. Lazio pulled a goal back from the penalty spot in the 88th minute but in the end it wasn’t enough as Juventus took one step closer to the Serie A title. Ronaldo leads Juventus in scoring with 30 goals along with 5 assists while Paulo Dybala has 11 goals with 6 assists and Rodrigo Bentancur has a team-high 7 assists this season.

Looking at the total, 2.5 seems like a low number when you consider that Juventus is still in the title hunt and Udinese is in the fight for survival. We obviously know the firepower that Juventus possesses, but Udinese’s had their scoring boots on here and there since the restart and seem to get a goal against the better teams like they did against Napoli. I think this one goes over 2.5 so I’ll back that as my free pick for this match but I have a stronger play on the side which I have available as a premium pick that you can find here.

Get Premium Picks Start Winning Now »
The pick in this article is the opinion of the writer, not a PickDawgz site consensus.
Previous Pick
Chicago Fire FC at Vancouver Whitecaps - 7/23/20 MLS Soccer Picks and Prediction
Next Pick
Lazio vs. Cagliari 7/23/20 Serie A Soccer Prediction and Picks