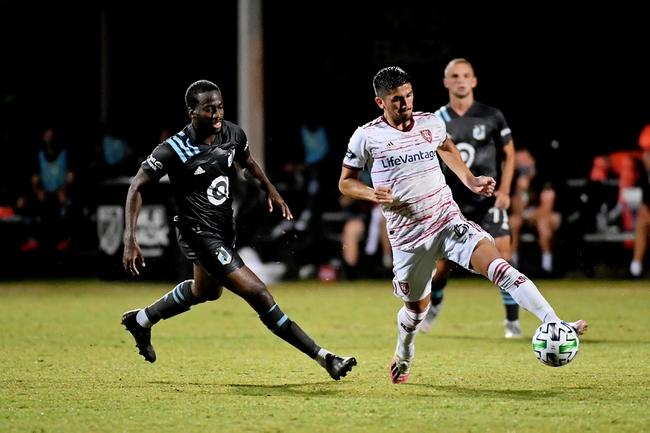 Sporting Kansas City was extremely close to withstanding in the most miserable two games a team could possibly participate in during a tournament like this. Sporting Kansas City already lost their first game of the tournament due to their goaltender being sent off with a red card and Minnesota United taking advantage of the extra man in the late going. Sporting KC then had a two-man advantage in their last match against Colorado, as the Rapids lost two players to red cards in the 61st and 73rd minutes. Sporting Kansas City somehow allowed the equalizing goal to make it 2-2 in the 84th minute, even with two more players on the field. Luckily for Sporting Kansas City, Graham Zusi was able to salvage a win when he scored the game-winning goal in the 90+1 minute. Sporting Kansas City has to play a more disciplined and complete game in this one if they stand a chance with Real Salt Lake.

Real Salt Lake is currently Group C's leader with four points and a +2 goal differential. Real Salt Lake is coming off a scoreless draw to Minnesota United FC. Real Salt Lake owned a 56% possession advantage in the match, but neither team was given too many real scoring opportunities. Real Salt Lake should be able to make it past group stage, and a draw or win will clinch that officially.

The last time Sporting Kansas City and Real Salt Lake met was on August 10th of 2019, in which Real Salt Lake was victorious by the final score of 2-1 on the road.

Sporting Kansas City will need at least a point in this match if they have a chance of advancing via the top two spots of the group. Real Salt Lake would love to clinch a group-win in this one, and I expect them to do just that. I will take Real Salt Lake on the money-line at +185 because, in my opinion, the wrong team is favored here. I am going to take the team that has performed better in the tournament and has been a lot more consistent.