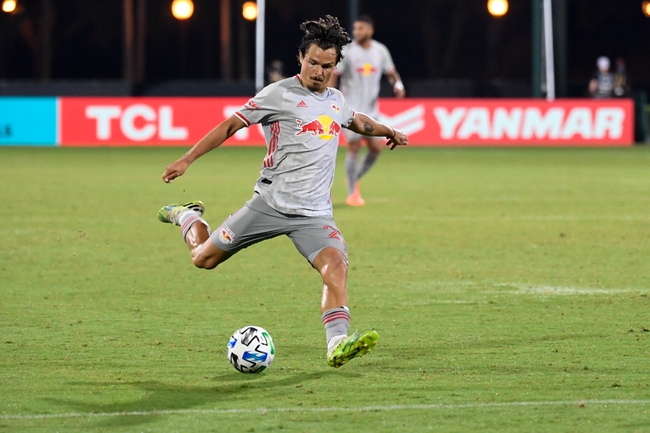 The New York Red Bulls are coming off a 2-0 loss to the Columbus Crew on July 16th. New York was outplayed in all facets of the game, as the Red Bulls did not have a single shot on target in the loss. Columbus scored the first goal of the match in the 22nd minute via a strike from Gyasi Zardes. Columbus would then score a beauty in the 47th minute from the newcomer Lucas Zelaryan. New York could not find a single answer, and even though the Red Bulls had 48% of the possession, the club could not break through offensively. New York still has a great chance to advance to the knockout stages, and if they earn a victory in this match, it is official.

FC Cincinnati earned a major victory over Atlanta United FC on July 16th as well. Atlanta's Jake Mulraney was sent off with a red card in the 26th minute, as it seems the heat of Orlando is really bringing out the bitterness and frustration of some players. The amount of red cards that have been given in this tournament has been unreal, and Atlanta United still had another to come in the 90+10 minute. FC Cincinnati scored their only goal of the match in the 76th minute of the match via Frankie Amaya. FC Cincinnati could advance to the knockout stages if they can find one more upset victory against the Red Bulls in this one.

The last time FC Cincinnati and the New York Red Bulls met was not too long ago, as it was March 1st of 2020. That match resulted in an offensive explosion, as the Red Bulls won the game 3-2.

I like the Red Bulls to win this match, as New York is going to play hard to clinch advancement into the knockout stages. FC Cincinnati was given over an hour of playtime with an extra man against Atlanta, and the team could only find one goal. That is not going to be good enough in this match, so I will take the New York Red Bulls.

Get Premium Picks Start Winning Now »
The pick in this article is the opinion of the writer, not a PickDawgz site consensus.
Previous Pick
Spal vs. AS Roma 7/22/20 Serie A Soccer Prediction and Picks
Next Pick
Colorado Rapids vs. Minnesota United FC- 7/22/20 MLS Soccer Picks and Prediction