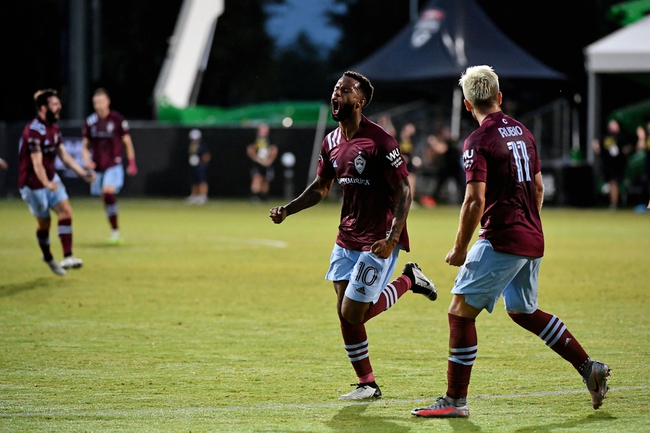 The Colorado Rapids and Minnesota United FC face off in the group round stage of the MLS is back tournament from Orlando on Wednesday. Both of these teams have already played two games so far and this is their final game in the group stage. There will be no fans in attendance for this game.

Minnesota United FC is in a great chance to advance to the next round as they already have four points, but they would love to win another game and finish with seven, and maybe win the group. Coming into this game, Minnesota United FC still hasn’t lost a game yet this season. In the first game of the tournament Minnesota United fell behind against Sporting KC. In the second half, Minnesota United played better and they had two goals during stoppage time.

In the second game, they weren’t all that impressive on offense. In the second game against Real Salt Lake they had ten shots and two shots on goal. The defense was impressive in that game not allowing any balls in the back of the net. In this game, the offense needs to get out to a faster start and try to get a goal in the first 30 minutes.

On the other side of this matchup is the Colorado Rapids who won their first two games of the season but since coming into this tournament they have really struggled. In the first game of this tournament against Real Salt Lake, Colorado didn’t have any shots on goal and that led to the loss.

In the second game of the tournament, Colorado’s offense got going scoring two goals, but they gave up a goal in the stoppage team and that led to the loss. Right now Colorado sits with zero points, and to have any shot to move forward the offense needs to be good, and they need to run up the score. In this game, they need to push numbers forward, and hope they don’t get caught on the counterattack. To come away with a win this game, they are probably going to need to take chances.

Colorado’s number forward in this game is going to hurt them. Look for Minnesota to have success on the counterattack and that will lead to a victory.