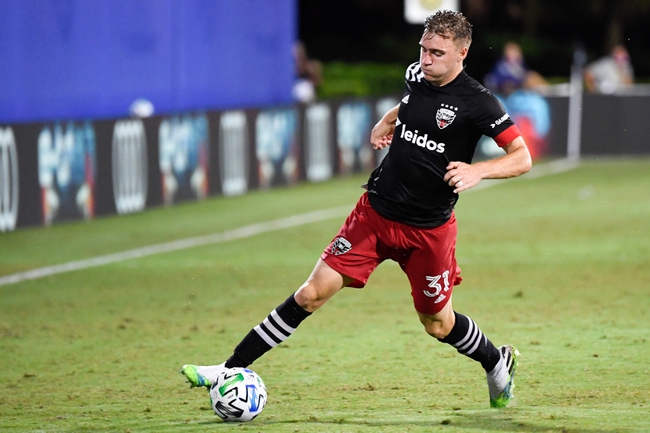 Montreal Impact and D.C. United face off in the group round stage of the MLS is back tournament from Orlando on Tuesday. Both of these teams have already played two games so far and this is their final game in the group stage. There will be no fans in attendance for this game.

The Montreal Impact can’t be very happy with how they have played so far and it looks like any chance to move into the next round is gone. To start the regular season the Impact came away with a big win over the New England Revolution. During the second game of the season, the offense was good against for Montreal, but their defense let them down giving up

In the first game of this tournament, the offense had went away for Montreal. Against the New England Revolution in the first game, Montreal had only two shots on target, and none of those went into the goal which led to the loss. In the second game of the tournament, the offense was better scoring three goals, but their defense really let them down allowing four goals to Toronto and that led to the loss.

On the other side of this matchup is D.C.United who were 1-1 heading into the tournament and this is a big game for them. In the first game of this tournament D.C. United played against Toronto FC. In that game, D.C. United fell behind 2-0. DC United scored two goals in the last ten minutes of the game and that led to the victory.

In the second game of the tournament D.C. United faced off with the New England Revolution. In that game D.C. United gave up the first goal again and they were playing behind. In the 73rd minute, Federico Higuaín put a goal in the back of the net and that was enough to pull off a point. In this game D.C. United needs to get a first goal and do everything in their power to come away with a victory.

In the first two games, DC United fell behind, but that won’t happen in this game. Look for them to get the first goal and they will come away with the victory. It’s also a lean to the under to cash.