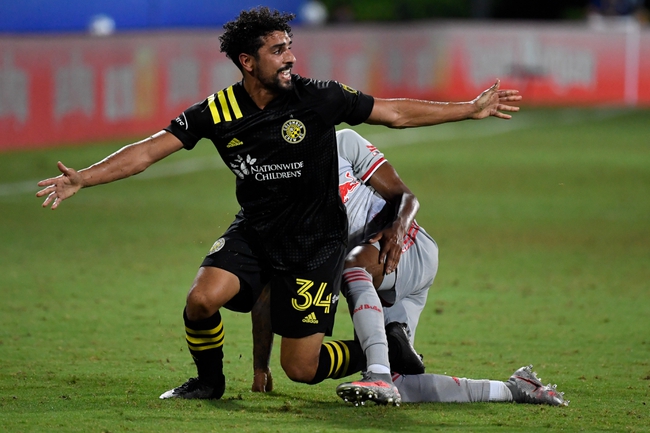 Atlanta United FC and the Columbus Crew SC face off in the group round stage of the MLS is back tournament from Orlando on Tuesday. Both of these teams have already played two games so far and this is their final game in the group stage. There will be no fans in attendance for this game.

In the second game of this tournament, the Crew once again had a very strong showing. They only had three shots on goal, but two of those went into the back of the net and that led to the victory. The defense was also really good in that game allowing zero shots on target and that was the difference as they come away with a victory.

On the other side of this matchup is Atlanta United FC who are probably embarrassed with how they have played so far this tournament. Josef Martinez is out with injury for this squad, which has really been a big loss for this squad.

To start this tournament, Atlanta United FC had 68 percent of the possession against the New York Red Bulls but they couldn’t get a goal in the back of the net and that led to a 1-0 loss. In the second game against FC Cincinnati, Atlanta had a red card in the 26th minute and the entire game changed after that. Cincinnati scored one goal in the 76th minute and that led to the loss.

Atlanta United struggled the first two games and that is going to continue in this game. Look for the offense for Atlanta to struggle again and that will be the difference. Look for Columbus Crew to get the job done in a low scoring game.

Get Premium Picks Start Winning Now »
The pick in this article is the opinion of the writer, not a PickDawgz site consensus.
Previous Pick
Sassuolo vs. AC Milan 7/21/20 Serie A Soccer Prediction and Picks
Next Pick
Montreal Impact vs. D.C. United - 7/21/20 MLS Soccer Picks and Prediction