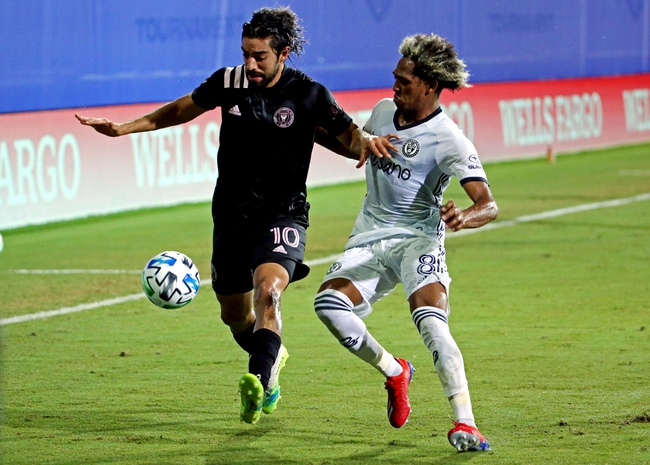 Where to Watch: TUDN/TSN Stream live sports and exclusive originals on ESPN+. Sign up now!

The Philadelphia Union and Orlando City SC off in the group round stage of the MLS is back tournament from Orlando on Sunday. Both of these teams have already played two games so far and this is their final game in the group stage. There will be no fans in attendance for this game.

The Philadelphia Union already have their spot in the next round locked up, at this point they are just playing for seeding. The Philadelphia Union hadn’t won a game heading into this tournament but they quickly turned it around. In the first game of the tournament the Union faced off with NYC FC In that game, Philadelphia had only eight shots compared to the 18 shots by NYCFC. The Union had good goaltending though not giving up a goal and one goal in the 63rd minute, was enough to come away with the victory.

In Philadelphia’s second game they got a goal early and again in the 63rd minute they scored another goal. They did give up one goal during that game, but their defense was strong late and that led to the victory.

Orlando City SC also sit in a really good position, and no matter what happens in this game they will advance to the next round.In the first game of this tournament, Orlando City faced off with Inter Miami and they scored two goals, enough to come away with a one-goal victory.

In the second game of the tournament, Orlando City’s offense was strong again scoring three goals, and their defense gave up one goal. In that game against NYC FC, Chris Mueller scored two goals, in the 4th and 10th minute, and they never looked back.

This game is an interesting one to bet on because both teams have already moved on. Seeding is important, but who knows what players will be playing because even if someone is a little banged up, they might be held out With that being said, these are both teams who have good offenses, and there should be no shortage of scoring in this game. Back the over to cash in this game.

Get Premium Picks Start Winning Now »
The pick in this article is the opinion of the writer, not a PickDawgz site consensus.
Previous Pick
Juventus vs. Lazio 7/20/20 Serie A Soccer Prediction and Picks
Next Pick
Toronto FC at New England Revolution - 7/21/20 MLS Soccer Picks and Prediction