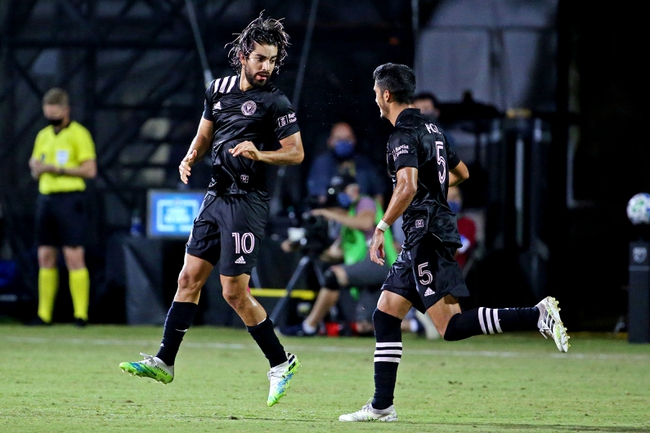 This will be a battle between two teams who are a combined 0-9 in their last nine matches. New York City FC has only scored one single goal in their last five matches combined, which is never going to be good enough in the higher-scoring MLS. NYCFC is coming off a 3-1 loss to Orlando City SC on July 14th. NYCFC was down a quick 2-0, as Chris Mueller of Orlando scored two goals inside the first 10 minutes of action. Jesus Medina of NYCFC would score in the 38th minute, but that would be the full extent of NYCFC's offense in the loss. This will be the first meeting of all-time between NYCFC and Inter Miami CF, as Inter Miami is the newest expansion team into the MLS.

Inter Miami CF is still looking for their first win in the MLS, as the team dropped their fourth straight match against the Philadelphia Union on July 14th. Inter Miami CF has lost by the exact score of 2-1 in their last three matches, therefore the team has been rather close to picking up at least a point.  Inter Miami CF's Rodolfo Pizzaro scored the team's lone goal in the loss, as he was able to find the then equalizer in the 36th minute. Philadelphia scored the game-winning goal in the 63rd minute off a strike by Kacper Przybylko. Inter Miami is almost guaranteed to not advance to the knockout stages of the MLS is Back Tournament, but this team was not expected to make too many waves this early in their MLS lives.

As stated before, this will be the first meeting between NYCFC and Inter Miami CF, and Inter Miami enters into this match as the underdogs. I think Inter Miami played well against Philadelphia, but their defense still remains a major question mark. No clean sheets through four matches and allowing two goals in all three of their last three do not set Inter Miami up well at all. I am going to take NYCFC, the more experienced and desperate team, to find a win in this match with plus money on the money-line.