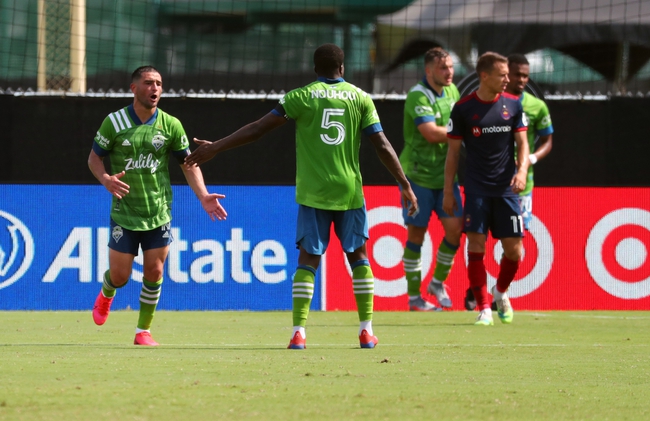 The Seattle Sounders and Vancouver Whitecaps off in the group round stage of the MLS is back tournament from Orlando on Sunday.Both of these teams have already played at least one game so far this tournament and there will be no fans in attendance in this game.

The Seattle Sounders need a win in this game if they want any chance to advance and even that might not be enough to get to the next round of the tournament. The Sounders are the defending MLS Cup Champs and the expectations heading into this tournament was they could win this. To start the tournament the Seattle Sounders faced off with the San Jose Earthquakes. The Sounders had six shots on goal in that game, but none went in the back of the net and that led to the loss.

In the second game of the season, the Sounders played the Chicago Fire and that led to another loss.The Fire scored the first goal in that game in the 52nd minute. Seattle tied it up in the 77th minute and they looked to be in very good shape again. In the 84th minute though, the Seattle Sounders defense let them down, and that led to their loss. They currently sit with one point in the tournament, and they should be pushing guys forward to try and win this game.

The Vancouver Whitecaps also are a team that knows they need to do everything in their power to get three points in this game. The Whitecaps have only one win this season and they couldn’t pick up a win in their first game in this tournament. The Whitecaps offense was very good in that game scoring three goals, but their defense was terrible giving up four goals Vancouver actually only had two shots on goal during that game and each of those went in. The other one of those was an own goal by San Jose.

The Sounders know how big of a game this is, and they are going to get the job done in this game. Look for the Sounders to attack a weak Vancouver defense, and that will be the difference. Back the Seattle Sounders to win.