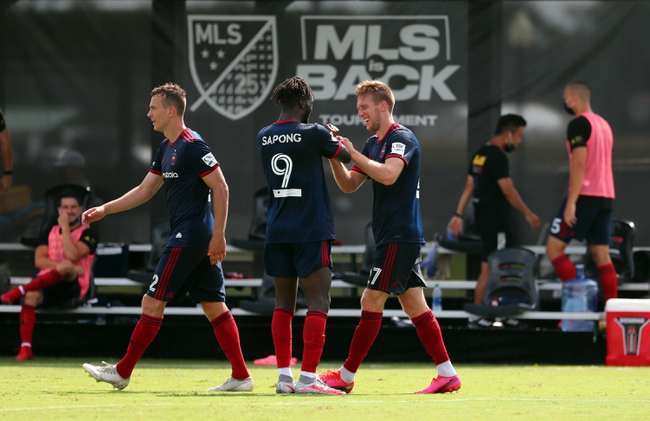 Where to Watch: TUDN Stream live sports and exclusive originals on ESPN+. Sign up now!

The Chicago Fire are coming off a huge win over the defending MLS Champions. Chicago took down the Seattle Sounders by the final score of 2-1 to start group stage off on the right foot. The match was scoreless through one half, as neither team was given too many scoring opportunities. In the 52nd minute, Robert Beric scored the first goal of the game for Chicago to give the Fire the lead. Seattle was able to find the much-needed equalizer in the 77th minute thanks to Handwalla Bwana. Seattle was stunned in the 84th minute when Chicago's Mauricio Pineda scored the go-ahead and eventual game-winning goal for the Fire.

The San Jose Earthquakes are coming off an amazing comeback victory in the team's last match against the Vancouver Whitecaps. Vancouver took an early 2-0 lead by the 22nd minute of this match, as it looked like Vancouver was on its way to a comfortable victory. In added time in the first half, Andres Rios was able to get San Jose on the board to make it 2-1 at the break. Vancouver was able to negate that goal, as Cristian Dajome scored in the 59th minute to extend the Whitecaps' lead to 3-1. San Jose would not go away, however, as Chris Wondolowski scored for the Earthquakes in the 72nd minute to cut the deficit to one goal once again. In the 81st minute, Oswaldo Alanis scored the incredible equalizing goal for San Jose, making the score 3-3 in the late going. The match looked as if it were going to draw 3-3, but somehow San Jose had yet another trick up their sleeves. In the 90+8 minute, Shea Salinas scored the unbelievably shocking fourth goal for San Jose, as the Earthquakes ran away with an unthinkable 4-3 victory. It was a thriller from start to finish in this match, and now it sets up San Jose beautifully in the group standings.

The last time Chicago and San Jose met was on May 18th of 2019, in which San Jose was victorious by the final score of 4-1.

Although San Jose was able to overcome a 3-1 deficit to Vancouver, I still am taking Chicago in this match. Being down 3-1 to the Vancouver Whitecaps at any moment of any game is not something I would be proud of, and I think Chicago can exploit the holes in San Jose's defense early.

Get Premium Picks Start Winning Now »
The pick in this article is the opinion of the writer, not a PickDawgz site consensus.
Previous Pick
AS Roma vs. Inter Milan 7/19/20 Serie A Soccer Prediction and Picks
Next Pick
Seattle Sounders vs. Vancouver Whitecaps - 7/19/20 MLS Soccer Picks and Prediction