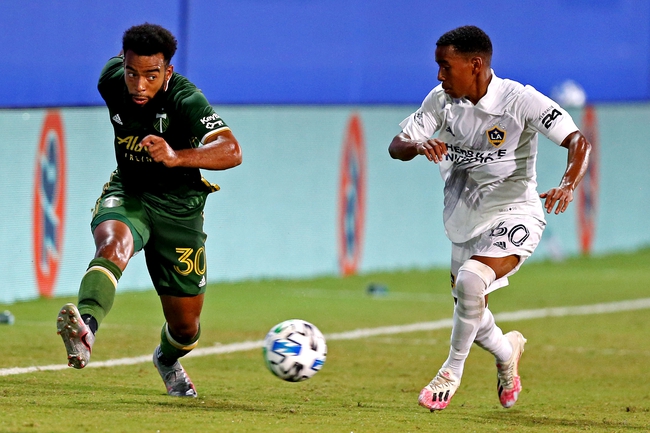 LAFC and the LA Galaxy face off in the group round stage of the MLS is back tournament from Orlando on Saturday. Getting off to a fast start in group play is super important, which makes this game crucial for both squads. There might not be fans in this game but that shouldn’t take away from the intensity between two teams who are not very fond of eachother.

LAFC still feels like they are one of the best team in the league, but this is an important game and if they can’t find three points, they might not be able to get out of the group stage. To start the season LAFC came away with a victory over Inter Miami 1-0. The win was important but there was no doubt they wanted more goals scored.

In the second game of the season, LAFC faced off against the Philadelphia Union and the offense was good in that game scoring three goals. The only issue for LAFC in that game was the defense was bad giving up three goals.

In the first game of this series the offense was good again, but the defense let them down. Against the Houston Dynamo, the LAFC scored three goals, but they also gave up three goals. In that game, LAFC had 65 percent of the possession, but couldn’t get the job finished late.

On the other side of this matchup is the LA Galaxy who also know they need three points if they want to advance to the next round, and at worst case they need one point. To start off the season LA Galaxy played to a 1-1 draw with the Houston Dynamo. In the second game of the season the Galaxy’s offense struggled again scoring zero runs and that led to the loss. In the first game of this tournament the LA Galaxy scored a goal, but they gave up two goals and that led to the loss. Chicharito,was the star signing for the Galaxy, and he needs to be better in this game if they want a chance to come away with the victory.

LAFC has been involved in a lot of high scoring games this year, and that will continue in this game. Look for both teams to run up the score and that will lead to a victory.