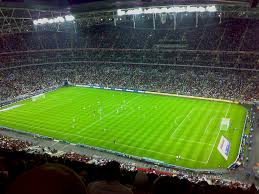 Arsenal and Manchester City square off in an FA Cup semi-final matchup from Wembley Stadium on Saturday afternoon.

Arsenal come into the semi-finals after punching their ticket with a 2-1 win over Sheffield United in the last round. In the victory over Sheffield United, Arsenal dodged a bullet just eight minutes in when VAR overturned Sheffield’s opening goal after discovering a player in an offside position in the buildup to the goal. Nicolas Pepe would take advantage of the fortune, giving Arsenal the lead in the 25th minute. The lead would hold through the halftime break and into the second half but Sheffield would tie the game at one in the 87th. We appeared headed for a draw at full time but substitute Daniel Ceballos would steal the win for Arsenal in the first minute of stoppage time, leaving Sheffield stunned at the final whistle. Pierre-Emerick Aubameyang leads Arsenal with 20 goals in the regular season while the aforementioned Pepe has a team-high 6 assists in the Premier League this season.

Manchester City on the other hand, earned their spot by virtue of a 2-0 win over Newcastle in the quarter-finals. In the victory over Newcastle, Kevin De Bruyne opened the scoring for the Citizens in the 37th minute from the penalty spot, and the lead would hold up into the second half where Raheem Sterling would double Man City’s lead. It would be a dominant performance from Man City, who had 76% possession at full time, outshooting Newcastle 20-4 in terms of attempts at goal and 4-1 in regards to shots on target. Sterling leads Manchester City in scoring with1 7 goals in the regular season while Sergio Aguero isn’t far behind with 16 goals and the aforementioned De Bruyne has 11 goals and a team-high 18 assists this season. Ederson is Man City’s top goalkeeper, conceding 0.75 goals with 14 clean sheets in 33 Premier League appearances this season.

The heavy plus money with the Gunners is tempting as they just beat Liverpool in the league and Arsenal are no strangers to this stage of the FA Cup, having won the tournament three times in the last six years and having 20 appearances in the cup final, tied with Manchester United for the most of any club. However, Manchester City are the defending holders, and if we’re being honest, Man City just looks like a team on a mission right now. The Premier League title is out of reach, but this is a good chance for City to have some hardware to show for a hard-fought season and I just think that side-by-side, City is the better team. I’ll side with City with a -1.5 handicap as I see this being a 2-0 or 3-1 final.