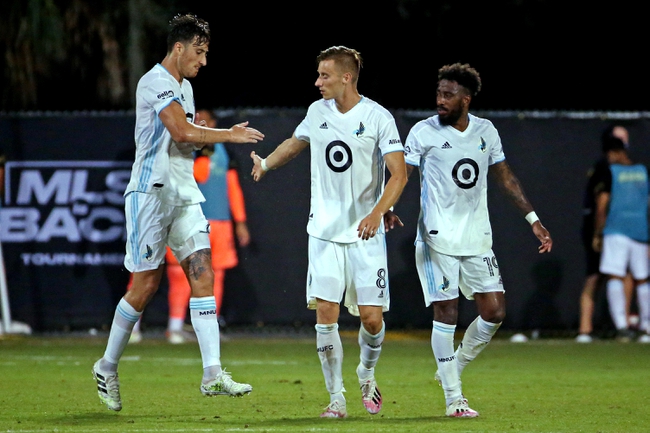 Where to Watch: ESPN/TSN Stream live sports and exclusive originals on ESPN+. Sign up now!

Real Salt Lake and Minnesota United FC face off in the group round stage of the MLS is back tournament from Orlando on Friday. Getting off to a fast start in group play is super important, which makes this game crucial for both squads. Both of these teams have already played one game so far in this tournament.

Real Salt Lake can advance to the next round with a win in this game, which would take all the pressure off them for the third game. To start off the season Real Salt Lake played to a 0-0 draw with Orlando City. In the second game of the season against the New York Red Bulls Real Salt Lake found a way to steal a point. In that game, RSL gave up a goal against the New York Red Bulls early, but in stoppage time Damir Kreilach was able to score a goal to come away with a draw.

On the other side of this matchup is Minnesota United who have won each of their first three games of the season. To start the season Minnesota United came away with a victory over the Portland Timbers. In the second game it was once again the offense that was the difference putting up five goals and that led to the victory.

In the first game of this tournament, Minnesota United played some terrible soccer for 70 minutes. In the last 20 minutes, Minnesota finally started to put some pressure on and they scored two goals in stoppage time to come away with the victory.

Minnesota United is going to build off those last 20 minutes of the first game and their goal-scoring is too powerful. Look for Minnesota United to win on the money line.

Get Premium Picks Start Winning Now »
The pick in this article is the opinion of the writer, not a PickDawgz site consensus.
Previous Pick
DC United at New England Revolution -7/17/20 MLS Soccer Picks and Prediction
Next Pick
Verona vs. Atalanta 7/18/20 Serie A Soccer Prediction and Picks