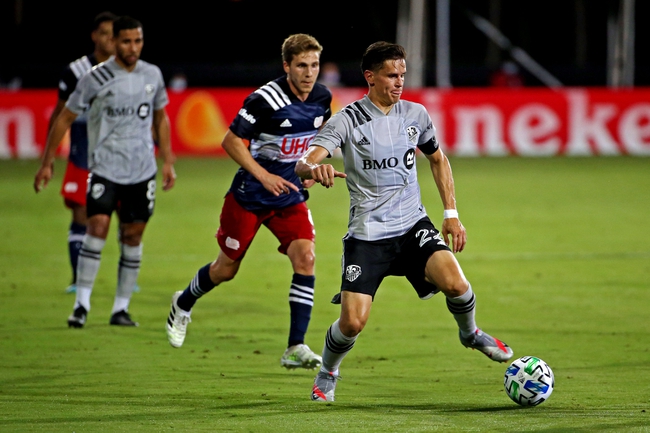 The Montreal Impact and Toronto FC face off in the group round stage of the MLS is back tournament from Orlando on Thursday. Getting off to a fast start in group play is super important, which makes this game crucial for both squads. Both of these teams have already played one game so far in this tournament. These are two teams who aren’t very fond of each other.

The Montreal Impact can’t be happy with where they sit right now, and they need to do everything in their power to get three points out of this game. To start off the season the Impact were able to defeat the New England Revolution 2-1. In the second game of their season, the Impact’s offense was strong again and that was enough to pull off a 2-2 draw. In the first game of this tournament, the Montreal Impact’s offense really struggled. The Impact actually had 56 percent of the possession in that game, but they only had two shots on goal. For the New England Revolution, they had 18 shots with five of those being on goal.

On the other side of this matchup is the Toronto FC who also can’t be happy with where they sit right now. To start the season Toronto FC came away with a 2-2 draw. In the second game of the season, Toronto FC was able to pick up their first win of the season. In that game, Toronto FC shut down NYC FC on the way to a victory.

In the first game of this tournament, Toronto FC really choked against DC United. Toronto FC scored the first two goals, and DC United had a player sent off and it looked like Toronto FC was going to cruise to a victory. In the last ten minutes of the game though, Toronto FC gave up two goals and that led to a draw.

Toronto FC choked away the first game and that is going to be in the back of their mind in this game. Look for the Toronto FC defense to struggle and that will lead to the Montreal Impact winning this game.

Get Premium Picks Start Winning Now »
The pick in this article is the opinion of the writer, not a PickDawgz site consensus.
Previous Pick
Spal vs. Inter Milan 7/16/20 Serie A Soccer Prediction and Picks
Next Pick
Columbus Crew SC vs.New York Red Bulls - 7/16/20 MLS Soccer Pick and Prediction