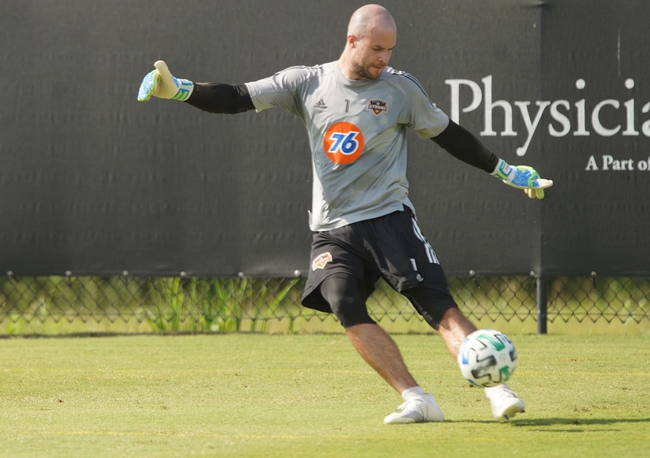 LAFC (DWWLL) and Houston Dynamo (LDWLL) will meet on Monday, July 13th for a group stage match in the MLS is Back Tournament. This game is scheduled for an 8:00 PM EST start time and it will be the first match either team has played since the tournament has started. LAFC and Houston are featured in Group D.

LAFC has to be one of the favorites to win this tournament, even without Carlos Vela. LAFC's roster is built for a deep run in this tournament, and obviously Carlos Vela would be an amazing asset to have, but it should not put LAFC in ruins. LAFC's Bradley Wright-Phillips, who had a great tenure for the New York Red Bulls as a striker, is not too sure that it is safe and smart for the MLS to organize this tournament at this time. Fortunately for LAFC, BWP is set to suit up for the club, which should be an immense help for this offense without Vela. LAFC defeated Inter Miami CF in the first match of the MLS regular season, 1-0. LAFC then drew to Philadelphia Union by the score of 3-3, therefore the club went into the break with four points.

Houston Dynamo finished near the bottom of the MLS standings a season ago, with only 40 total points. Houston was dealt a very difficult group with LAFC and the LA Galaxy. Not to mention, the Portland Timbers are also not an easy team to face, as that team was also a playoff club a season ago. Houston started the 2020 season on the wrong foot, as after a 1-1 draw to LA Galaxy, Houston dropped a 4-0 game to Sporting Kansas City. Houston will have to be stronger on the defensive side in this match, as LAFC should come out with some pace.

The last time LAFC and Houston Dynamo met was on September 25th of 2019, in which LAFC was victorious by a final score of 3-1.

I like LAFC to win this match, as this team is really strong on paper. I will take LAFC against the spread at -0.5, 1 (-115). Houston could give LAFC some fits early, but by the end of the match, my money is on LA.

Get Premium Picks Start Winning Now »
The pick in this article is the opinion of the writer, not a PickDawgz site consensus.
Previous Pick
Granada vs. Real Madrid 7/13/20 La Liga Soccer Picks and Prediction
Next Pick
LA Galaxy vs. Portland Timbers - 7/13/20 MLS Soccer Pick and Prediction