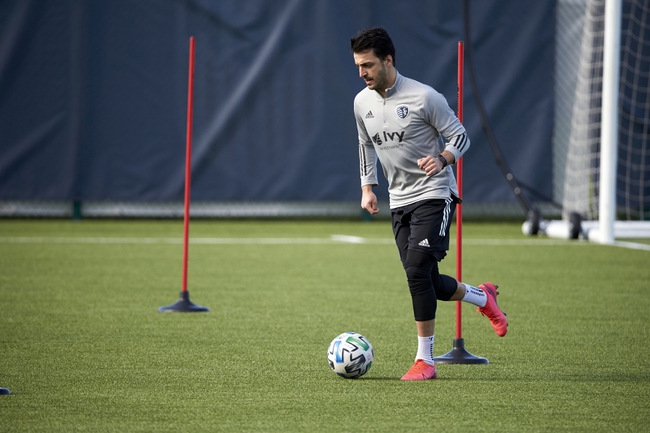 Sporting Kansas City (WWLDL) and Minnesota United FC (WWLLD) will meet on Sunday, July 12th for a group stage match in the MLS is Back Tournament. Both of these teams are in Group C and each team will be playing in its first match since the break ended. The match is scheduled for an 8:00 PM EST start time and it will be televised on ESPN.

Sporting Kansas City was in fantastic form before the break due to COVID-19 started. If there was a team that was bummed the most that each team would have to sit out for over three months, Sporting KC has to be that club. In the first match of the MLS regular season, Sporting KC defeated Vancouver 3-1 on the road. Then, Sporting KC went back home for its home-opener, and the team defeated the Houston Dynamo by a 4-0 score. That means Sporting KC outscored its opponents 7-1 in only two games of action, which is incredible, to say the least. Group C should be just as tight as any other group in this tournament, as each team's first match will be crucial for its success.

Minnesota United FC was also a perfect 2-0-0 in the two games the club played before the break started. Minnesota first defeated the Portland Timbers on the road by the final score of 3-1. Former Orlando City SC Lion Kevin Molino scored two goals in that win. The second match for Minnesota resulted in a 5-2 victory also on the road, as Minnesota scored eight goals in two matches, which I guarantee no one saw coming. Minnesota United FC would love to earn three points in this match, but Sporting KC will certainly a difficult opponent.

It is incredible that the BTTS-Yes is at -200 odds, as it just goes to show that these teams love to play aggressive on the offensive side. I do expect both teams to score in this match, but if I had to pick a winning side, I have to go with Minnesota United. With +165, I think we have a ton of value for a team that should be quick from the starting whistle.

Get Premium Picks Start Winning Now »
The pick in this article is the opinion of the writer, not a PickDawgz site consensus.
Previous Pick
Sevilla vs. Mallorca 7/12/20 La Liga Soccer Picks and Prediction
Next Pick
Real Salt Lake vs. Colorado Rapids - 7/12/20 MLS Soccer Pick and Prediction