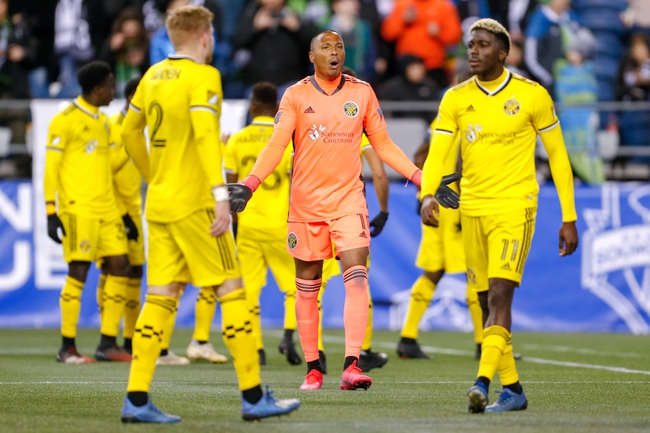 FC Cincinnati and Columbus Crew SC face off in the group round stage of the MLS is back tournament from Orlando on Saturday. Getting off to a fast start in group play is super important, which makes this game crucial for both squads.

Columbus Crew SC had won a game and played to a tie before the MLS season was shut down because of COVID-19. Columbus came away with a win in their first game, but some might have considered it a bit of a gift. Columbus was playing against NYC FC in that first game. In that first game, NYC FC had a player get a red card in the third minute. Playing against a shorthanded team was finally enough for the Columbus Crew who had Lucas Zelarayán scored a goal in the 56th minute. In the second game  the Crew played against the defending champs, the Seattle Sounders. Columbus scored the first goal of the game in the 33rd minute. In the 79th minute, Columbus had a penalty in the box, a shot the Sounders scored on and that led to a 1-1 draw.

In the second game against Atlanta United, FC Cincinnati fell behind 2-0, and even though they did get a goal in the 64th minute, they couldn’t get the second goal and that led to the loss. In this game, they can’t get behind early or they are going to have issues crawling out of another hole.

FC Cincinnati has proven their defense has been an issue, and it’s going to let them down in this game. Look for the Crew to get the first goal and come away with a win on the money line. I will also be sprinkling a few dollars on the Columbus Crew -1.5