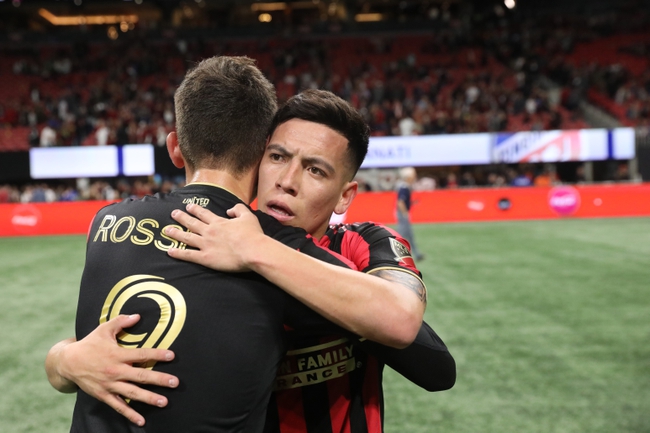 Atlanta United FC (LWWWD) and the New York Red Bulls (DWLLD) will meet in group stage action of the MLS is Back Tournament. These two teams are in Group E of the tournament, and both clubs will be playing in its first match since the break ended. The game is scheduled for an 8:00 PM EST start time and it will be played at Disney's Wide World of Sports in Orlando, Florida.

Atlanta United FC started the regular season in the MLS with a perfect 2-0-0 record. Atlanta defeated Nashville on the road by the final score of 2-1, as well as FC Cincinnati via a 2-1 score as well. Atlanta will be without its star striker in Josef Martinez, therefore the team will have to try and replace the many goals Martinez has scored since donning the Atlanta United kit. Atlanta United did make a very interesting move by bringing in Liga MX's Jurgen Damm from Tigres. The only problem is, Damm will not be a member of the team until after the MLS is Back Tournament has ended.

The New York Red Bulls will look a lot different than what most people are used to seeing. The team's star goaltender, Luis Robles, is now on the new expansion team Inter Miami CF. The Red Bulls main striker for seven years, Bradley Wright-Phillips, has now moved on to LAFC. Wright-Phillips scored 108 goals during his time in New York, so it is safe to say that these Red Bulls are not the same as we are used to seeing in recent MLS history. The Red Bulls defeated FC Cincinnati by the score of 3-2 at home in the first MLS regular-season game the team played. The other match that New York was able to play resulted in a 1-1 draw against Real Salt Lake.

The last time these two teams met was over a year ago on July 7th of 2019. That match resulted in a 3-3 draw in front of the Atlanta United supporters.

This should be a very entertaining match to watch in group stage action. These two teams are most likely the favorites to make it out of the group, and the winner of this particular match (provided there is one) will most likely go on to win the group. The Red Bulls have had decent success against Atlanta United in recent history, and without Josef Martinez, Atlanta United may need some time in-game to adjust. I am going to take Red Bulls to win, with a draw as No Bet for extra security.

Get Premium Picks Start Winning Now »
The pick in this article is the opinion of the writer, not a PickDawgz site consensus.
Previous Pick
Atletico Madrid vs. Real Betis 7/11/20 La Liga Soccer Picks and Prediction
Next Pick
FC Cincinnati vs. Columbus Crew SC - 7/11/20 MLS Soccer Pick and Prediction