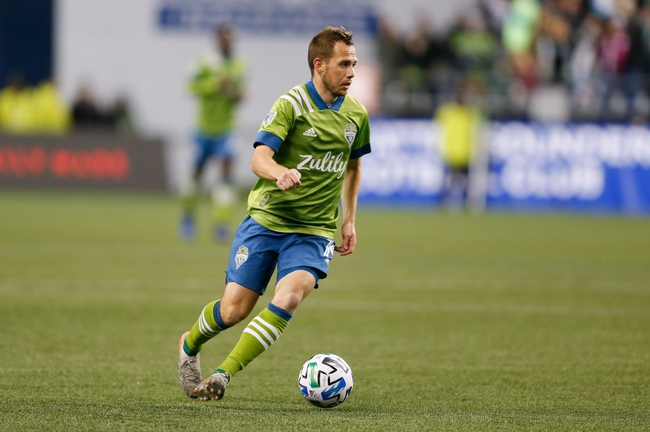 The Seattle Sounders and San Jose Earthquakes face off in the group round stage of the MLS is back tournament from Orlando on Thursday. Getting off to a fast start in group play is super important, which makes this game crucial for both squads.

The Seattle Sounders won the MLS Cup last season, and they believe they again have a team to win another title this season. The Sounders opened up the season with a nice win over the Chicago Fire to start their season all the way back in March. In the first game, the Sounders fell behind against the Fire but a goal two goals in the second half by Jordan Morris were enough to come away with a victory.

The second goal came in the 93rd minute, to pick up the three points instead of the one. In the second game of the season it took a penalty in the 79th minute to get a point out of the game. This is a team that has a strong offense, and to win this game, they are probably going to need two or three goals.

The San Jose Earthquakes just missed the playoffs last season and this season didn’t get off to the best start. In the first game the offense was good scoring two goals, but the defense let them down giving up two goals. In that game it did look like they were going to lose until a goal in the 95th minute stole a point.

In the second game, the defense let them down again in a big way giving up five goals, and their two goals weren’t enough to come away with a victory. In that game it was a penalty kick in the 19th minute that opened the scoring, and they had another goal in the 53rd minute.

There are two plays for this game that are very strong. The Sounders are going to win this game, and it’s not going to take all that much effort. There will also be plenty of goals scored that will push it well over the posted total.