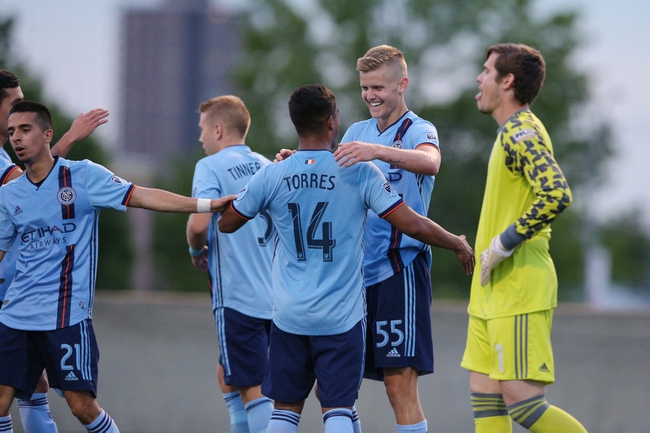 New York City FC and Philadelphia Union will meet on Thursday, July 9th for a group stage matchup in the MLS. This game is scheduled for a 9:00 AM EST start time and it will be televised on ESPN.

The Philadelphia Union was also winless in the two regulars season games it played before the restart occurred. Those matches resulted in a 2-0 loss to Dallas (a team that will not be participating in the MLS is Back Tournament), and a 3-3 draw to LAFC. Philadelphia also made the postseason last season, as they were the #3 seed in the Eastern Conference after the regular season. Philadelphia defeated the New York Red Bulls in the first round of the playoffs, but they were eliminated by Atlanta United FC in the second round. Philadelphia should be another squad fighting for the top spot in Group A, as the winner of this match could very well lock up the entire group as well.

The last time NYCFC and Philadelphia played was on October 6th of 2019. That match resulted in a 2-1 victory for NYCFC away from its supporters. In fact, NYCFC has won the last four meetings against the Philadelphia Union dating back to October 28th of 2018.

When it comes to this match, I have to take New York City FC. There is a reason this team was the regular-season champs a year ago, as even with the subtraction of a few key players, this team still looks solid on paper. I think this will be a tight battle that NYCFC will pull away with late.

Get Premium Picks Start Winning Now »
The pick in this article is the opinion of the writer, not a PickDawgz site consensus.
Previous Pick
Nashville SC vs. Chicago Fire - 7/8/20 MLS Soccer Pick and Prediction
Next Pick
AFC Bournemouth vs Tottenham Hotspur - 7/9/20 Premier League Soccer Picks and Prediction