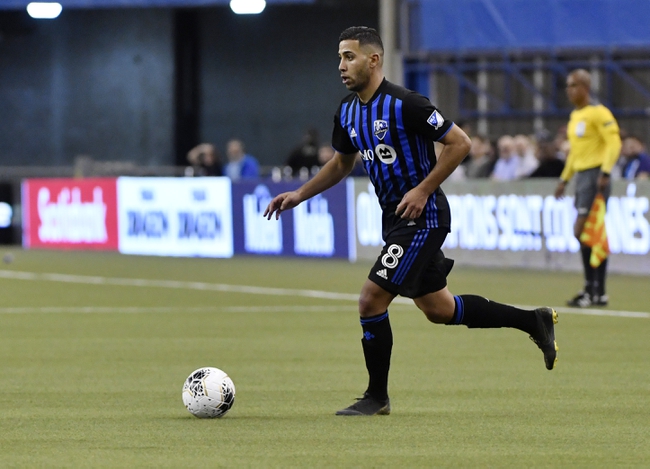 Montreal Impact and New England Revolution face off in the group round stage of the MLS is back tournament from Orlando on Thursday. Getting off to a fast start in group play is super important, which makes this game crucial for both squads.

The Montreal Impact were off to a solid start to their season before the season was shut down because of the COVID-19 pandemic. In the first game of the season the Impact started off their season against this New England Revolution and they came away with a victory. The New England Revolution actually had the first goal in that game, but the Impact scored two straight goals, including one in the 80th minute by Maximiliano Urruti to win the game.

In the second game, it was Maximiliano Urruti who was impressive again for the Impact, but the defense let them down in a big way. Montreal had scored the first two goals of the game, but late in the game they collapsed. Montreal gave up a goal in the 83rd minute to FC Dallas, and then in stoppage time, they gave up another goal. They still were able to get a point out of the game, but that was a game they should have won.

In the first game of the season, the New England Revolution were knocked off by the Impact, a game they gave up two goals in. In the second game of the season the Revolution faced off with the Chicago Fire. The Revolution scored the first goal of the game by Adam Buksa, but late in the game, the Chicago Fire scored a goal to come away with a tie. The defense at times and have been troublesome for the Revolution, and if they want to win this game, it’s going to come down to the defense being better.

The Montreal Impact did come away with a win in the first game, and there is no reason they won’t get the job done again in this game. Look for the Revolution’s defense to struggle again, and that is going to lead to the loss.