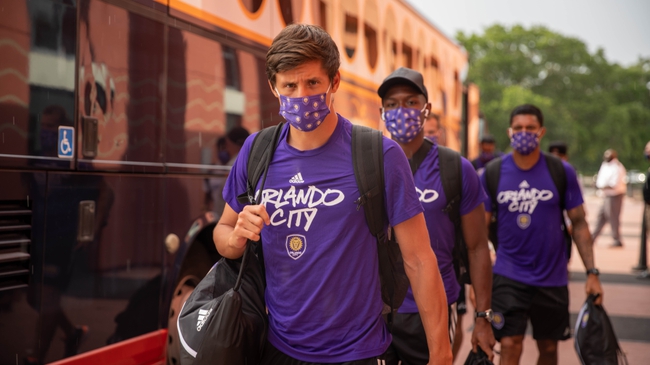 Inter Miami CF and Orlando City SC will meet in group stage action of the "MLS is Back Tournament". The game is scheduled for an 8:00 PM EST start time and it will be played at the ESPN Wide World of Sports in Disney World, Orlando.

Inter Miami CF will be playing in its third game in team history, as this club is apart of the newest expansion teams the MLS has to offer. This will be a battle for Florida between Miami and Orlando, as there could not be a better game to start the MLS tournament in Disney World. Inter Miami lost both games it played during its shortened stint in the regular season, the most recent a 2-1 loss at the hands of DC United. Rodolfo Pizzaro scored the only goal in Inter Miami CF history so far in the loss. Inter Miami will be the favorites in this match, as the new team will have all eyes on it as it takes the field in Orlando.

Orlando City SC has been a member of the MLS for a few years now, but the team has never made it to the MLS Playoffs. Playoffs are not an option this season, as any team that is up for a tournament run can be victorious and crowned champions this year. Orlando City knows the ESPN Wide World of Sports complex very well, as the team actually played its home games there for a short period of time in USL action while its stadium (Exploria Stadium) was being built. Even though the game will be in its home city, no fans will be in attendance, so the home-field advantage aspect is basically thrown out the window. In the two games Orlando City played in before the MLS season was halted, the Lions of Orlando lost one and drew the other. The most recent game was a 2-1 loss to Colorado on the road.

I expect that both teams are going to play quite slow out of the gates. As the game moves on, I expect that one or both teams will get tired, as this will be the first soccer game in a while for both clubs. I think this will be a defensive battle between two clubs that struggle to score, so I will take the under 2.5 goals in this one.

Get Premium Picks Start Winning Now »
The pick in this article is the opinion of the writer, not a PickDawgz site consensus.
Previous Pick
Barcelona vs. Espanyol 7/8/20 La Liga Soccer Picks and Prediction
Next Pick
Nashville SC vs. Chicago Fire - 7/8/20 MLS Soccer Pick and Prediction