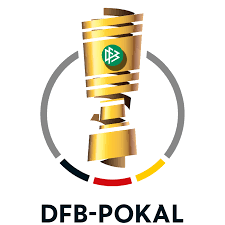 Bayer Leverkusen take on Bayern Munich in the final of the German DFB Pokal Cup on Saturday afternoon.

Bayer Leverkusen come into this match looking to hoist the trophy since their lone win in 1993 while making their first appearance since 2009 after a 3-0 win over Saarbrucken last time out. In the win against Saarbrucken, Moussa Diaby gave Leverkusen the lead after just 11 minutes and Lucas Alario pushed the lead to 2-0 just eight minutes later. Leverkusen dominated play against a Saarbrucken squad in way over their heads, adding a 3rd goal from Karim Bellarabi in the 58th. Leverkusen would hold a 74% possession edge with a 23-9 mark in goal attempts and 8-3 in terms of shots on goal as Bayer would ride the tree-goal lead to the final whistle. Kai Havertz leads Leverkusen with 12 goals and 6 assists within the league this season while Kevin Volland has 10 goals and 7 assists in the Bundesliga. Lukas Hradecky is Bayer’s top goalkeeper, conceding 0.5 goals per 90 minutes with 2 clean sheets in 4 DFB-Pokal appearances this year.

Bayern Munich on the other hand, will be looking to lift the trophy in back-to-back years and for an astounding record 20th time after punching their ticket to the final with a 2-1 win over Eintracht Frankfurt, avenging their loss in the 2017-18 DFB-Pokal final. In that win over Frankfurt, Ivan Perisic gave Bayern the lead in the 14th minute and Perisic’s tally would hold until the 69th minute when Frankfurt would tie the game at one goal apiece. Robert Lewandowski would put Bayern ahead for good five minutes later as Munich rode the lead to the finish line. Lewandowski leads Bayern Munich with 34 goals in the Bundesliga this season as well as 4 goals in the Pokal while Thomas Muller has a team-high 21 assists in the Bundesliga in the regular season. Manuel Neuer is Bayern’s top goalkeeper, conceding 0.8 goals per 90 minutes with one clean sheet in the DFB-Pokal this season.

Part of me would like to give Leverkusen a fighting chance in the cup final here, but the reality is that Bayern Munich’s on a mission right now, winning 16 straight matches across all competitions and going unbeaten in 23 domestic matches with 22 wins over that stretch. I just think Munich lifts the trophy here as much as I’d like to root for an underdog, but I do think Leverkusen puts up a fight, and Leverkusen’s also scored in 23 of their last 24 competitive matches so I’ll side with Bayern to win and both teams to score to get the wager into plus money.

Get Premium Picks Start Winning Now »
The pick in this article is the opinion of the writer, not a PickDawgz site consensus.
Previous Pick
Sassuolo vs. Lecce 7/4/20 Serie A Soccer Prediction and Picks
Next Pick
Chelsea vs. Watford - 7/4/20 Premier League Soccer Picks and Prediction