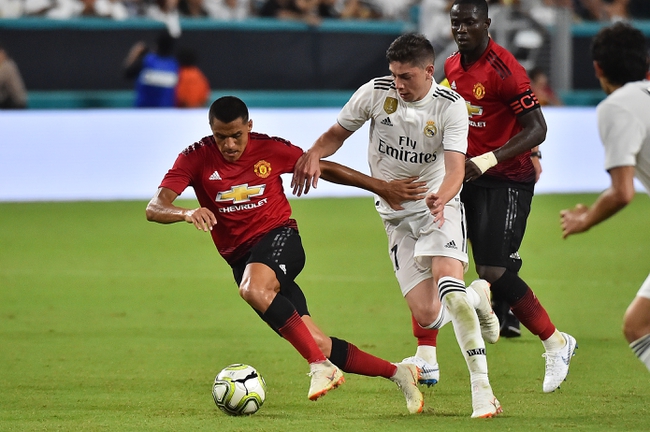 Norwich City (LLLWW) and Manchester United (WDWWW) will meet on Saturday, June 27th for a match in the English FA Cup Quarterfinals. This match will be played at 12:30 PM EST and it will be played at Carrow Road.

Norwich City defeated Tottenham Hotspur in the previous round of the tournament, and Manchester United beat Derby County to set up this quarterfinal meeting.

Norwich City has had some success in the FA Cup this year, despite being dead last in the English Premier League standings. Norwich City will have to face its biggest test of the tournament thus far against Manchester United. Norwich City defeated Tottenham Hotspur in penalties to get to this spot, which shocked the entire football world. Josip Drmic found the Norwich City equalizer in the 78th minute to stun Tottenham and bring the game to extra time. After a scoreless extra time, Norwich City outlasted Tottenham with a 3-2 penalty win. That win will forever be remembered by Norwich City fans, who will most likely have to deal with relegation from the Premier League this season.

The last time Norwich City and Manchester United played against each other was on January 11th of 2020. That match was not pretty for Norwich City, who dropped the game by a rough score of 4-0. Norwich City will have to be a lot sharper in this match if they stand a chance against Man U.

I think Norwich's incredible run in the FA Cup comes to an abrupt halt in this match, and I think Manchester United has its way on Saturday. I see Manchester United winning this match by at least two goals, so I will take them against the spread at -1, 1.5 (-105).

Get Premium Picks Start Winning Now »
The pick in this article is the opinion of the writer, not a PickDawgz site consensus.
Previous Pick
Brescia vs. Genoa 6/27/20 Serie A Soccer Prediction and Picks
Next Pick
Osasuna vs. Leganes 6/27/20 La Liga Soccer Picks and Prediction