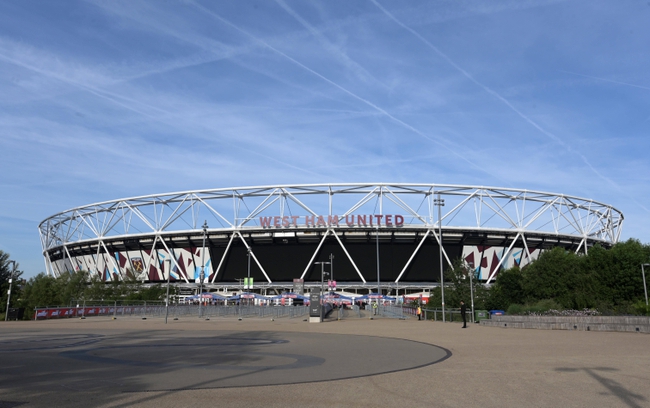 Tottenham Hotspur (DLDLL) and West Ham United (LLWLL) will meet on Tuesday, June 23rd for an English Premier League match. The match is scheduled for a 3:15 PM EST start time and will be played at Tottenham Hotspur Stadium.

Tottenham was in really bad form before the break, as the team did not win a match in its past five. And although this remains true after Tottenham's latest match on June 19th against Manchester United, at least the club was able to walk away with the point in a 1-1 draw. This draw, however, is not something Tottenham was hoping for by halftime, as Hotspur already took the lead in 27' minute with a goal by Steven Bergwijn. In the second half and in the 81' minute, Manchester United was awarded a Penalty. Bruno Fernandes of Manchester United cashed in on the PK and tied up the match. 1-1 was the final tally in this match, as both teams escaped with the one point.

West Ham United took on Wolverhampton in its first match off of the break, and it did not go well for a team trying to fight its way out of a relegation spot. Wolverhampton was victorious by the final score of 2-0, both goals coming in the second half of play. Raul Jimenez tallied the first goal in the 73' minute, while Pedro Neto extended and sealed the lead with a tally in the 84th minute. West Ham United was outplayed by Wolves in almost all facets of the game, including possession and shot disadvantage. West Ham United is now tied with AFC Bournemouth for 17th and 18th in the English Premier League, so every single match is imperative from here on out for WHU.

This last time Tottenham and West Ham United played each other was on November 23rd, 2019. Tottenham got the better of West Ham with a 3-2 victory away from its home supporters. West Ham United did defeat Tottenham 1-0 in the match before that on April 27, 2019.

I think Tottenham wins this match by two goals in this one. West Ham United will be giving Tottenham all it has, but Tottenham will not be taking them lightly. Tottenham needs to pick up a win in this match to restore some much-needed confidence, and I see a 2-0 or 3-1 score in the cards.

Get Premium Picks Start Winning Now »
The pick in this article is the opinion of the writer, not a PickDawgz site consensus.
Previous Pick
Leicester City vs. Brighton - 6/23/20 Premier League Soccer, Pick, and Prediction
Next Pick
Levante vs. Atletico Madrid 6/23/20 La Liga Soccer Picks and Prediction