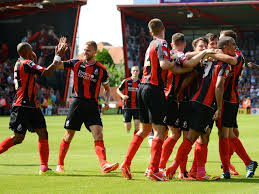 Bournemouth come into this one sitting in 18th place, tied with West Ham and Watford on 27 points, sitting in the relegation zone with a record of 7 wins, 6 draws and 16 losses after a 2-1 loss to Liverpool in their last match before the Premier League was halted due to the Coronavirus Pandemic. In the loss to Liverpool, Bournemouth had actually taken the lead in the 9th minute thanks to Callum Wilson’s goal, but Liverpool would tie the game at one in the 25th minute and surge ahead 2-1 just eight minutes later. The Cherries were stifled by Liverpool for the rest of the match, finishing with just 26% possession while being outshot 14-6 in terms of attempts at goal as well as 6-4 in regards to shots on goal. Wilson leads Bournemouth with 8 goals on the year while Harry Wilson has 7 goals and Ryan Fraser has a team-high 4 assists. Aaron Ramsdale is Bournemouth’s top goalkeeper, conceding 1.57 goals per 90 minutes with 4 clean sheets in 28 league appearances this season.

Crystal Palace on the other hand, currently sit in 11th place, tied with Burnley on 39 points with a record of 10 wins, 9 draws and 10 losses after a 3rd straight win in their last match before the hiatus, coming in the form of a 1-0 win over Watford. In the victory over Watford, Jordan Ayew gave Palace the lead in the 28th minute and it turned out to be the only goal Crystal Palace would need. Palace held onto just 45% possession with each side having 10 attempts at goal with 3 shots on goal to Watford’s 4 in the match. Ayew leads Crystal Palace in scoring with 8 goals this season while James McArthur and Wilfried Zaha each have a team-leading 3 assists. Vicente Guaita is Crystal Palace’s #1 goaltender, conceding one goal per 90 minutes with 9 clean sheets in 27 league appearances this season.

The break couldn’t have come at more opposite times for these two sides, as Crystal Palace had won three straight and were trying to crack the top half of the table, while Bournemouth were mired in a slump that had seen the club go winless in 15 of their last 18 matches. Maybe the break’s given Bournemouth a chance to reset and focus on climbing out of the relegation battle but I just don’t see it happening here. Crystal Palace has been one of the better away teams in the premier league this season, but they’ve also been involved in a lot of low scoring games before the break. Instead of trying to pick a side here, I’m going to side with the under 2.5 as I could see this being a scoreless game or a 1-0 win for either side at best.