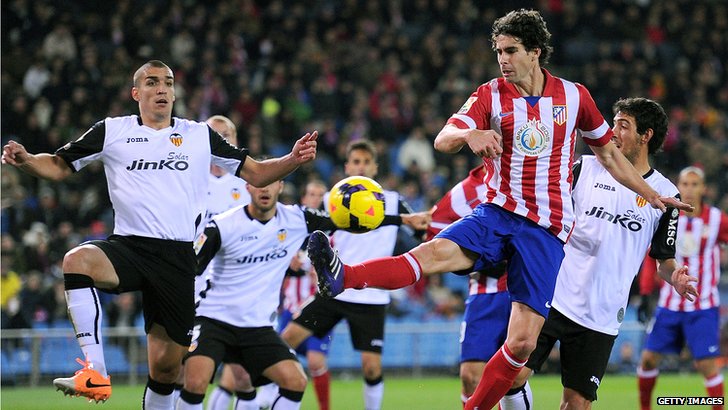 Athletic Bilbao come into this match sitting in 10th place with a record of 9 wins, 10 draws and 8 losses on 37 points following back-to-back wins, including a 4-1 win over Valladolid in their last match before La Liga was forced to go on a hiatus due to the Coronavirus Pandemic. In the match against Valladolid, Unal Lopez gave Bilbao the lead just four minutes into the match before Raul Garcia doubled Athletic’s lead just 20 minutes later. Valladolid got on the board in the 76th, but Inaki Williams would restore the two-goal lead in the 87th and Inigo Cordoba added a 4th goal for good measure in the third minute of second half stoppage time to lock up the win and the three points that go along with it. Garcia’s goal gave him a team-high 9 goals this season while Inaki Williams has 6 goals and Ander Capa has a team-high 4 assists this season. Unai Simon is Bilbao’s #1 goalkeeper, conceding 0.79 goals per 90 minutes with 10 clean sheets in 24 league appearances this season.

Atletico Madrid on the other hand, enter this match in 6th place, sitting on 45 points with a record of 11 wins, 12 draws and 4 losses after back-to-back draws, including a 2-2 draw with Sevilla in their last match before the break. In the game against Sevilla, Atleti fell behind 19 minutes in before Alvaro Morata tied the game at one from the penalty spot in the 32nd and Joao Felix gave Atletico the lead at 2-1 just four minutes later. Sevilla would tie the game at two with a penalty goal of their own seven minutes after than in the 43rd, but the action would stop there as neither side would bury again the rest of the way, settling for a share of the spoils at the final whistle. Morata leads Atletico Madrid with 8 goals on the year while Angel Correa has 5 goals and a team-high 6 assists this season. Jan Oblak is the top option for Atletico Madrid in goal, conceding 0.71 goals per 90 minutes with 11 clean sheets in 27 league appearances this season.

The home team’s won the last four head-to-head between the two sides, so the heavy plus money with Bilbao is tempting. However, Atletico Madrid is solid in their own right and are right in the hunt for a spot in the top four with Champions League hanging in the balance. With all of that said, these first games back are always going to be tricky as you don’t know which sides are going to take a more cautious approach to getting back to game speed and you don’t know which players are going to have an easier or harder time getting back into it. I think both times take the cautious approach, and in the end I see the two sides cancelling out in yet another draw for Atletico Madrid, and another draw on the road as well. Given the amount of low scoring games Madrid’s played this year and that three of the last four meetings have seen under 2.5 goals, I’ll also take a shot at the correct score of 1-1.

Get Premium Picks Start Winning Now »
The pick in this article is the opinion of the writer, not a PickDawgz site consensus.
Previous Pick
Mallorca vs. Barcelona 6/13/20 La Liga Soccer Pick, Odds, and Prediction
Next Pick
Mainz 05 vs. Augsburg 6/14/20 Bundesliga Soccer Picks and Prediction