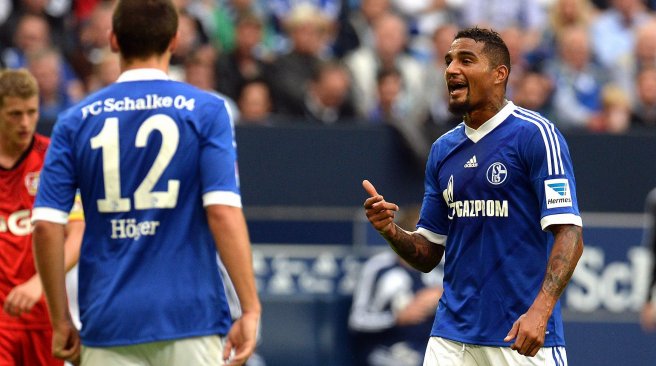 Schalke 04 and FC Augsburg square off in Bundesliga soccer action from Veltins Arena on Sunday morning. Click Here To Bet This Game

Schalke 04 enter this match in 8th spot, tied with Freiburg on 37 points after a 4-0 loss to Borussia Dortmund pushed Schalke’s record to 9 wins, 10 draws and 7 losses this season. In the loss to Dortmund, Schalke had virtually no answers for BVB as Dortmund went up just before the half hour mark and doubled their lead just before halftime. Dortmund pushed the lead to 3-0 three minutes after the break and made it 4-0 a quarter of an hour later and rode that lead to the finish, pushing Schalke’s winless run within the league to eight games. Suat Serdar leads Schalke in scoring with 7 goals while Amine Harif has 6 goals and a team-high 4 assists this season.

FC Augsburg on the other hand, sit in 14th place on 27 points, four points clear of the relegation zone with a record of 7 wins, 6 draws and 13 losses. The problem is Augsburg’s losing streak was pushed to 4 and their winless run to 6 games after a 2-1 loss to Wolfsburg in their last match. Wolfsburg opened the scoring just two minutes before halftime, but Augsburg would equalize just nine minutes into the second half with a header from Tin Jedvaj into the open net. Augsburg thought they had the lead in the 67th minute before a questionable VAR decision overturned the go-ahead goal for Augsburg. The result appeared to be headed for a draw before Wolfsburg found the winning goal in the first minute of stoppage time, sending Augsburg to yet another defeat. Florian Niederlechner leads Augsburg with 11 goals and 6 assists while Philipp Max has 7 goals and is right behind with 5 assists this season. Tomas Koubek is Augsburg’s #1 goaltender, conceding an average of 2.09 goals per 90 minutes this season with 4 clean sheets in 23 league appearances this season.

Both teams need the points for respective reasons, with Schalke desperate to reclaim the all-important 6th position to attempt to qualify for Europa League next year, while Augsburg is trying to avoid the relegation spots. With that said, I’m not backing either side in their current form, which is why I’m going to back the draw. I just don’t see either side doing enough to break from the other, so I’ll back a draw here at sizeable odds. Click Here To Bet This Game