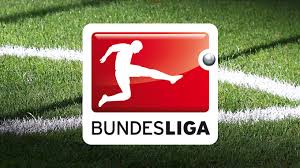 Borussia Monchengladbach and Bayer Leverkusen square off in a matchup between top-5 teams in Bundesliga soccer action from Borussia Park on Saturday morning.

Bayer Leverkusen enter this match in 5th, picking up where they left off pre-hiatus with a 4-1 away win over Werder Bremen in their last match. The victory over Werder gave Leverkusen a record of 15 wins, 5 draws and 6 losses to put Bayer on 50 points this season. In the match against Werder Bremen, Kai Havertz opened the scoring in the 28th minute for Leverkusen, but the lead lasted all of two minutes before Bremen tied the game at one goal apiece. Havertz responded with his 2nd goal of the match, earning the brace just three minutes later in the 33rd minute. Moussa Diaby pushed the lead to 3-1 just after the hour mark before Kerem Demirbay shut up shop with a 4th Leverkusen tally in the 78th minute. Kevin Volland leads Leverkusen with 9 goals and 7 assists while Havertz’s double puts him in 2nd with 6 goals while also being one of three Leverkusen players with 5 assists this season. Lukas Hradecky is Leverkusen’s top goalkeeper, averaging 1.15 goals conceded per 90 minutes with 8 clean sheets in 26 league appearances this season.

Had this game at Monchengladbach had fans in the stands, I’d be more apt to making a case for Borussia, as home advantage may be the difference between two of the better sides in the Bundesliga this season. However, Leverkusen is still a team I’m really high on right now and I think Bayer has a good a shot as any to crack the top-4 by season’s end. With that said, I just don’t think there’s enough here to pick a side for the win, and Leverkusen’s been solid on the road to the point that I think a score draw coule be on the cards here. The odds aren’t bad on that front either, so I’ll predict a full-time draw in this one.