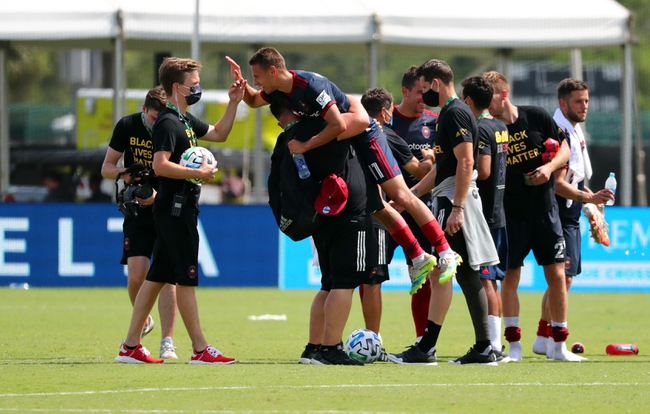 Vancouver has not gotten off to a good start in group stage of this tournament, as the Whitecaps have dropped their first two games. The first loss was to the San Jose Earthquakes by the final score of 4-3. The most recent loss was a 3-0 loss to the former MLS champions in the Seattle Sounders on July 19th. The common denominator for Vancouver has been their porous defense, as the Whitecaps have conceded seven goals in two matches, which is never a recipe for success in any league. Vancouver is almost guaranteed to be eliminated from the tournament when group stage is all said and done, but a win in this match by a significant goal differential could keep their hopes alive for a little bit longer.

The Chicago Fire dropped their last match to the San Jose Earthquakes on July 19th by the final score of 2-0. Chicago still has three points after its win against the Seattle Sounders in the first match of group stage. Chicago was held to 37% of the possession in the match against San Jose, which is the main reason why Chicago was held off the scoreboard. Chicago had eight total shots in the loss, with three of those shots making it on target. A win for Chicago will advance them to the knockout stages of the tournament officially. A draw for Chicago and things get tricky, so the Fire FC are going to be shooting for a decisive victory in this one.

The last time Vancouver and Chicago met was on April 12th of 2019, in which the two teams drew by the score of 1-1.

I think the Chicago Fire FC are not going to mess around at all in this match. I like Chicago scoring at least two goals, as Vancouver's defense has been in terrible form in this tournament thus far. I also think Chicago's defense should be able to withstand most, if not, all attacks from Vancouver. I will take the Chicago Fire against the spread.

Get Premium Picks Start Winning Now »
The pick in this article is the opinion of the writer, not a PickDawgz site consensus.
Previous Pick
Colorado Rapids vs. Minnesota United FC- 7/22/20 MLS Soccer Picks and Prediction
Next Pick
Udinese vs. Juventus 7/23/20 Serie A Soccer Prediction and Picks