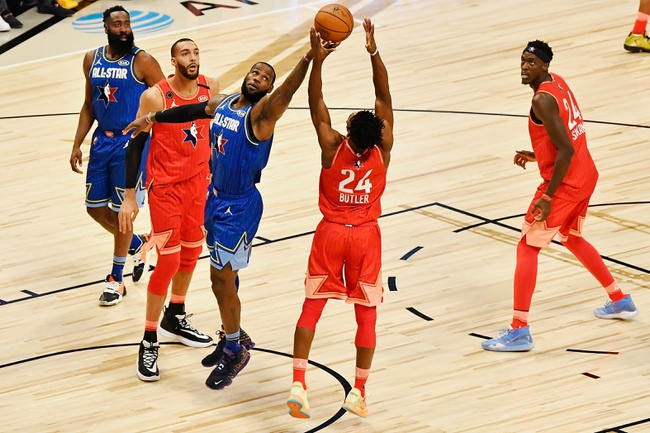 Miami Heat +5. Heat have been very good coming in with rest. They have won and covered seven of nine with two days of rest holding opponents to 103.1 points per game which is nearly six points fewer than overall average. LA had slow starts in their series against the Trailblazers and Rockets. Lakers guards will be under pressure in the opener having to adjust in game to the speed and playmaking ability of the Heat guards. Miami is the second best three point shooting team in the NBA and the Lakers sit in the lower third of the league. Heat do have rim defenders and have energy playing only three more games in the playoffs over the minimum. Lakers with three days of rest failed to cover five of seven allowing six more points than overall defensive average. Defensive intensity lax in long rest spots. Play Heat +5.