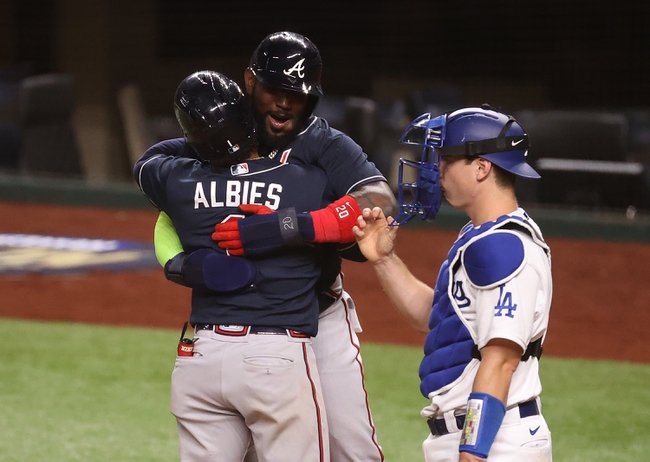 LA Dodgers and Atlanta Braves to play under the total of 7.5 runs. Starting for LA will be Clayton Kershaw. The veteran pitching in great form as in his past four starts has allowed five earned runs in 25 innings of work. He has pitched well against Atlanta in his career allowing one earned run or fewer in nine of ten starts. Ian Anderson counters for the Braves. Anderson in his past three starts allowed no earned runs in 17 1/3rd innings. He has allowed one earned run or fewer in six of eight starts. Braves pitching in six playoff games have four shutouts, one game with one run and another with three runs. Play Dodgers and Braves under 7.5 runs.