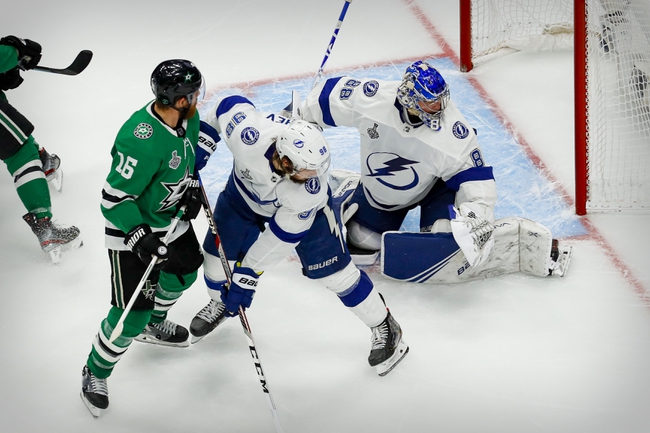 This is a play on the DALLAS STARS for our NHL Friday Breakaway. The Stars trail 2-1 in this series following a 5-2 loss on Wednesday and their 1-0 series lead has vanished into what is now a must win situation. Dallas has found itself in trouble all too often, lacking discipline, and it paid the price in each of the last two games. On the flip side, the Stars have been as good as the Lightning during most of the five-on-five play, but miscues and penalties have derailed their hopes. The first and third Tampa goals were scored following Dallas turnovers. The fourth was scored on perhaps the most hapless line change of the series. Dallas goalie Anton Khudobin coughed up five goals on 29 shots, and all of the big guns scored for the Lightning, including C Steven Stamkos, who made his playoff debut, albeit briefly. Tighten up and the Stars are back in the series and it has to be this game. Dallas is 16-7 ATS revenging a loss of two goals or more this season. 10* (28) Dallas Stars

9-2 Football Weekend (5-1 NFL and 4-1 CFB) and weekend cards posted soon! Thursday plays are first up and ready to roll!