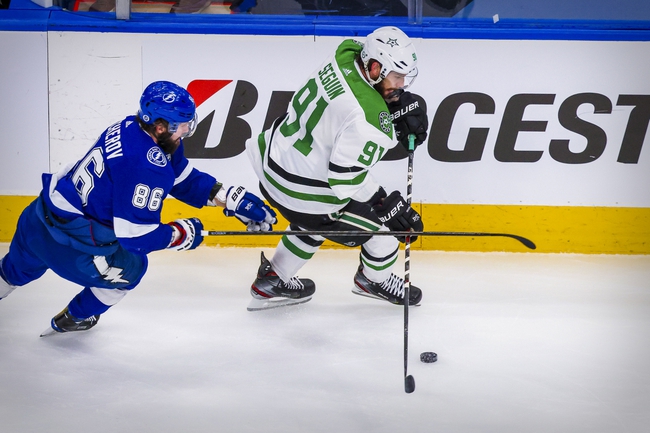 This is a play on the TAMPA BAY LIGHTNING for our NHL Wednesday Breakaway. Tampa Bay avoided a 2-0 hole in this series as it won on Monday 3-2, jumping out to a 3-0 lead in the first period before hanging on. Tampa Bay recorded its sixth straight game of outshooting its opponent and its fifth straight game of allowing fewer than 30 shots. The Lightning are just 3-3 over this stretch as the power play was a letdown, going 0-14 during a four-game stretch prior to converting two of four opportunities on Monday. While the goalies are most important during the postseason, and rightfully so, the Lightning have the best player on the ice in Nikita Kucherov. He set the franchise record for most points in a single postseason (28), and in Game Two, the Lightning had a ridiculous 1.26-to-0.02 expected goals ratio with Kucherov on the ice, according to Natural Stat Trick. Here, we play on teams against the money line in the second half of the season with a goalie with a save percentage of 91.5 percent or better and the offense having five straight games with 30 or more shots on goal. This situation is 196-118 (62.4 percent) since 1996. 10* (25) Tampa Bay Lightning