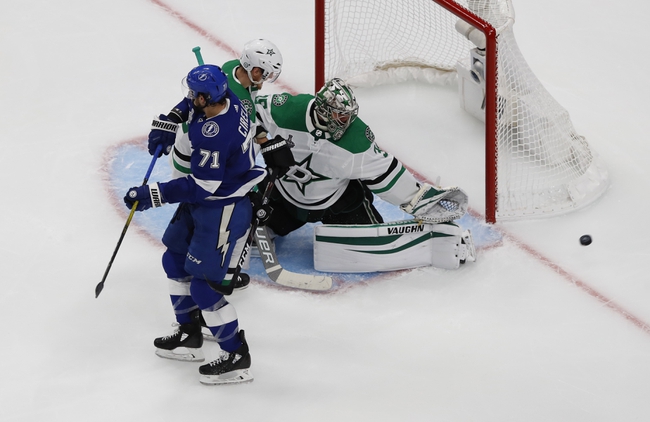 This is a play on the TAMPA BAY LIGHTNING for our NHL Monday Breakaway. We won with Dallas on Saturday and we are banking on Tampa Bay to bounce back tonight. The Lightning have not lost consecutive games in the postseason as they are a perfect 4-0 following a loss and a perfect 5-0 in the bubble after the defeat. The Lightning lost despite outshooting the Stars 36-19 and they have now outshot the opposition in five straight games. For two periods, the Lightning looked like a team coming off nine periods of hockey in two games against the Islanders and it certainly looked like a letdown before coming out strong in the last period. The Lightning showed what they are capable of in the final 20 minutes according to Natural Stat Trick as Tampa Bay had a 43-3 edge in shot attempts in the third period. Tampa Bay is 13-2 after a loss by two goals or more in their previous game this season. Here, we play on teams in the second half of the season with a winning percentage between .600 and .700 revenging a home loss of three goals or more. This situation is 43-13 (76.8 percent) over the last 5 seasons. 10* (24) Tampa Bay Lightning