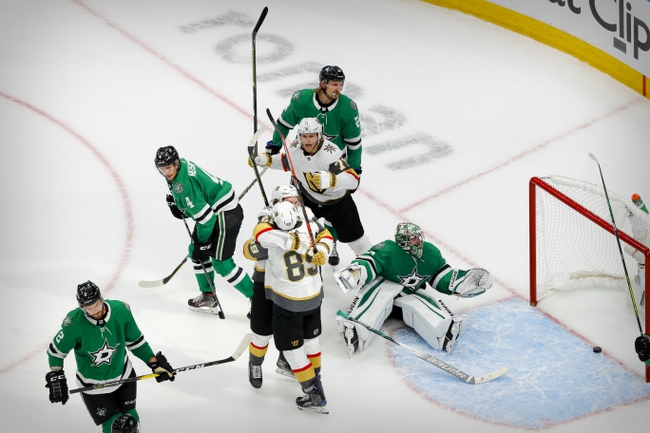 This is a play on the VEGAS GOLDEN KNIGHTS for our NHL Saturday Breakaway. Dallas took a 2-1 series lead with a 3-2 overtime victory on Thursday and now it is up to Vegas to respond. The Golden Knights were the third best team in the Western Conference prior to the shutdown and also third in scoring differential and still can have the upper hand in this series as they continue to shut down the top players. The Stars top line combined for 8 points in Game One of its previous series against Colorado but has been conspicuously quiet of late. Tyler Seguin has no points in the last six games and Captain Jamie Benn scored his first goal in four games Thursday night. Dallas, whose offense had flourished prior to this, stopped a 157:07 scoring drought with a goal in the second period. The Golden Knights are 11-2 in their last 13 games after scoring 2 goals or less in their previous game while the Stars are 2-8 in their last 10 games after allowing 2 goals or less in their previous game. 10* (1) Vegas Golden Knights